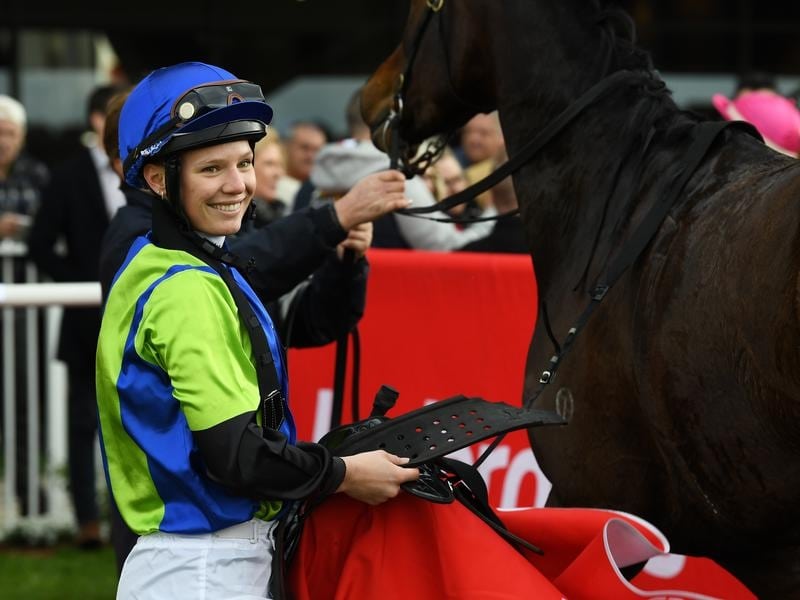 A host of Victoria’s apprentice riders are set to compete against each other on the city stage at Flemington in the culmination of this season’s Rising Stars Series.

The penultimate Saturday city meeting of the 2017/18 season this weekend features the Rising Stars Final which is a 1700m-benchmark-84 race for fillies and mares and is restricted to apprentice riders.

Points are awarded to apprentices on a 12-6-4-2-1 basis for top five finishes in the respective races.

Stephanie Thornton leads with 57 points and Ethan Brown (53) is the only other rider with a chance to finish on top of the standings.

Thornton has won two Rising Stars Series race this season at Bendigo on September 1 and Ballarat on February 13.

There are 19 horses nominated for Saturday’s race which has a field limit of 12 plus four emergencies.