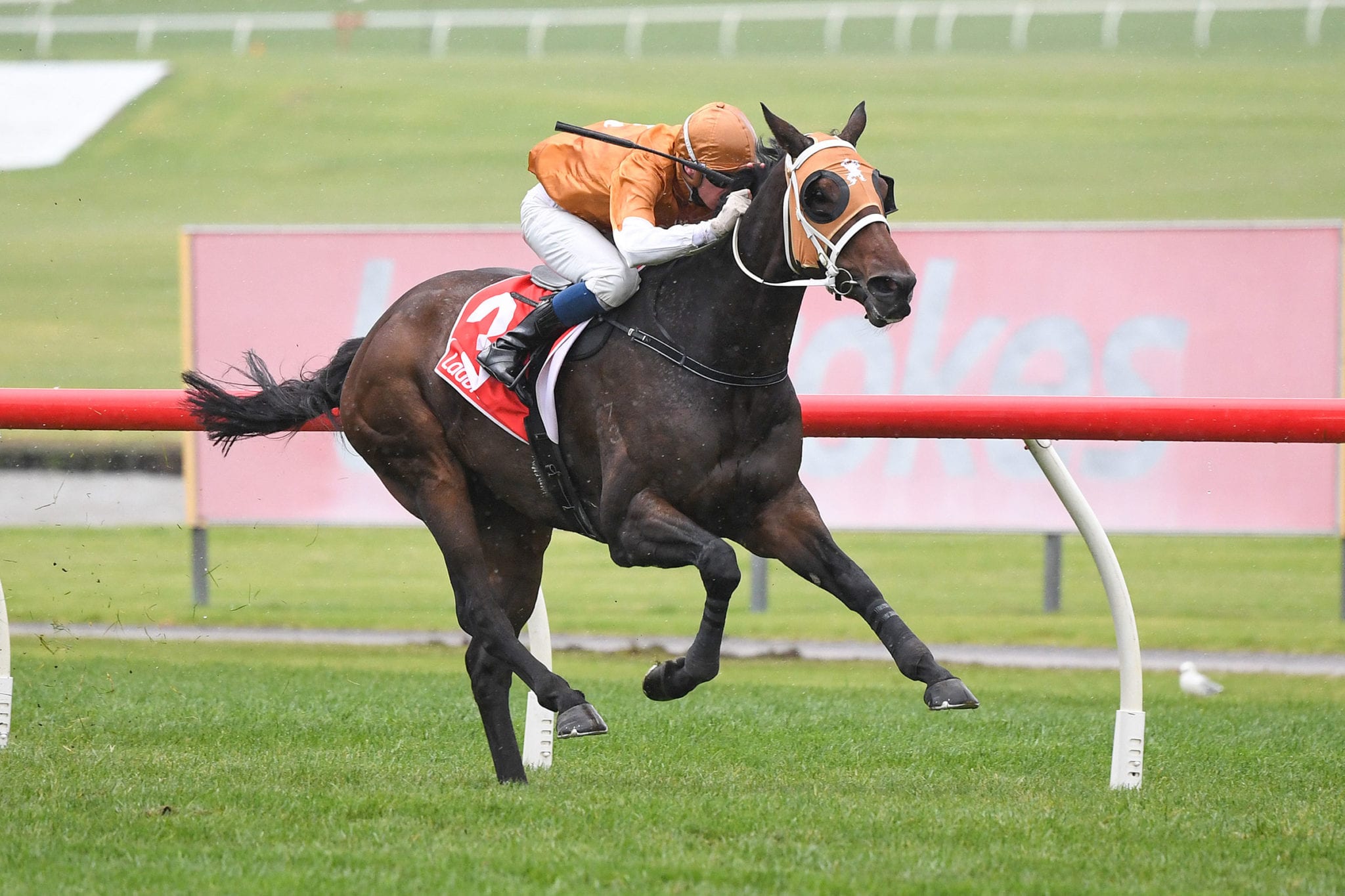 The injury-plagued career of Rising Red has come to an end. The Trent Busuttin and Natalie Young-trained gelding succumbed to his third major injury in a track gallop on Tuesday, ending his racing career. “He galloped on Tuesday and pulled up sore in a gallop,” Busuttin said. “He had a fractured fetlock, so he has gone in to have surgery today (Wednesday), but he will be in recuperation, be retired, and we’ll find a good home for him.”

“He finished second in the New Zealand Derby and ran big races throughout his career,” Busuttin said. “My highlight with him was probably running second in the Derby. Even though it was extremely frustrating to get beaten, he got beaten by a super horse in Gingernuts. “He did it tough three-deep without cover for the first half of the race, so it was a pretty brave effort.”

Rising Red went out a winner, taking out his 2100m event at Sandown earlier this month. “We are happy that we got a win out of him last week before he went amiss this time,” Busuttin said. “It is certainly disappointing for the fact he hasn’t been able to show 100 percent of his ability, but there are a lot of horses like that.”

Rising Red was bred by John and Victoria Carter under their Carter Bloodstock banner and they have remained in the large ownership group, which includes Busuttin.

While saddened to lose Rising Red from his barn, Busuttin is looking forward to racing at Flemington on Saturday. Kiwi-bred gallopers Mainstage and Tavirun will contest the benchmark78 1600m and Busuttin believes Mainstage is a solid chance in the race after two recent runner-up performances.

“Mainstage is going to be a genuine each-way chance,” Busuttin said. “He hasn’t reached the heights that he did as a three-year-old, but he is racing competitively this time in. “He’s in the right grade of race, a benchmark78. He likes Flemington and he can be hard to beat. “Tavirun is back off an injury in the spring, so he will need the run. But he is in for a good campaign once he gets out over a bit further.”

Later on the card stablemate Sully will have his first-up run over 1400m and Busuttin said he is another that will improve off the run. “The 1400m will be short of his best, but he will be attacking the line strong. I expect a bold run from him fresh-up.”