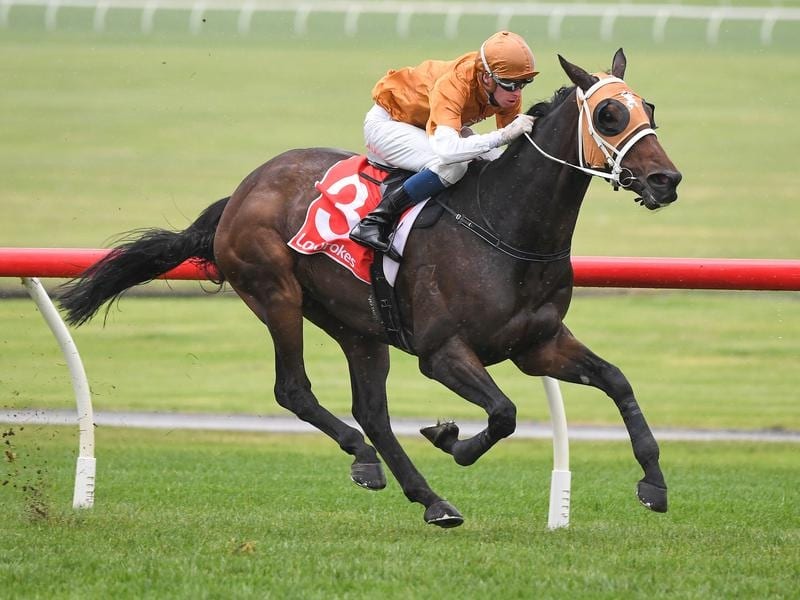 Injury-prone galloper Rising Red has made a return to the winner’s list with an emphatic win on testing ground at Sandown.

Busuttin said the victory was satisfying for the stable after a lot of work had gone into rehabilitating Rising Red because of suspensory ligament issues.

“You get a kick out of some wins more than others and it may only be a Saturday race, but it does mean a lot,” Busuttin said.

“It’s easy to say afterwards but I said to the owners this morning that he’s better than these horses and well in at the weights.

“But he was second-up off a break over 2100 metres and on a heavy track, but it’s certainly pleasing all-round.”

Before COVID-19 changed the shape of the Brisbane winter carnival, Busuttin was planning a return trip north this year with the gelding.

Two years ago Rising Red won the Premier’s Cup (2200m) at Doomben and was favourite for the Brisbane Cup the following month before being withdrawn days before the race.

“We’ll have to sit down and see what is available,” Busuttin said.

“As long as he continues to race well and is happy, we’ll keep him going.”

Dee said Rising Red was not that comfortable on the heavy ground but finding the lead was an advantage.

“Getting a nice comfortable lead and being able to improve his momentum made all the difference.”