Rise Of The Masses Books His Spot In The Golden Slipper 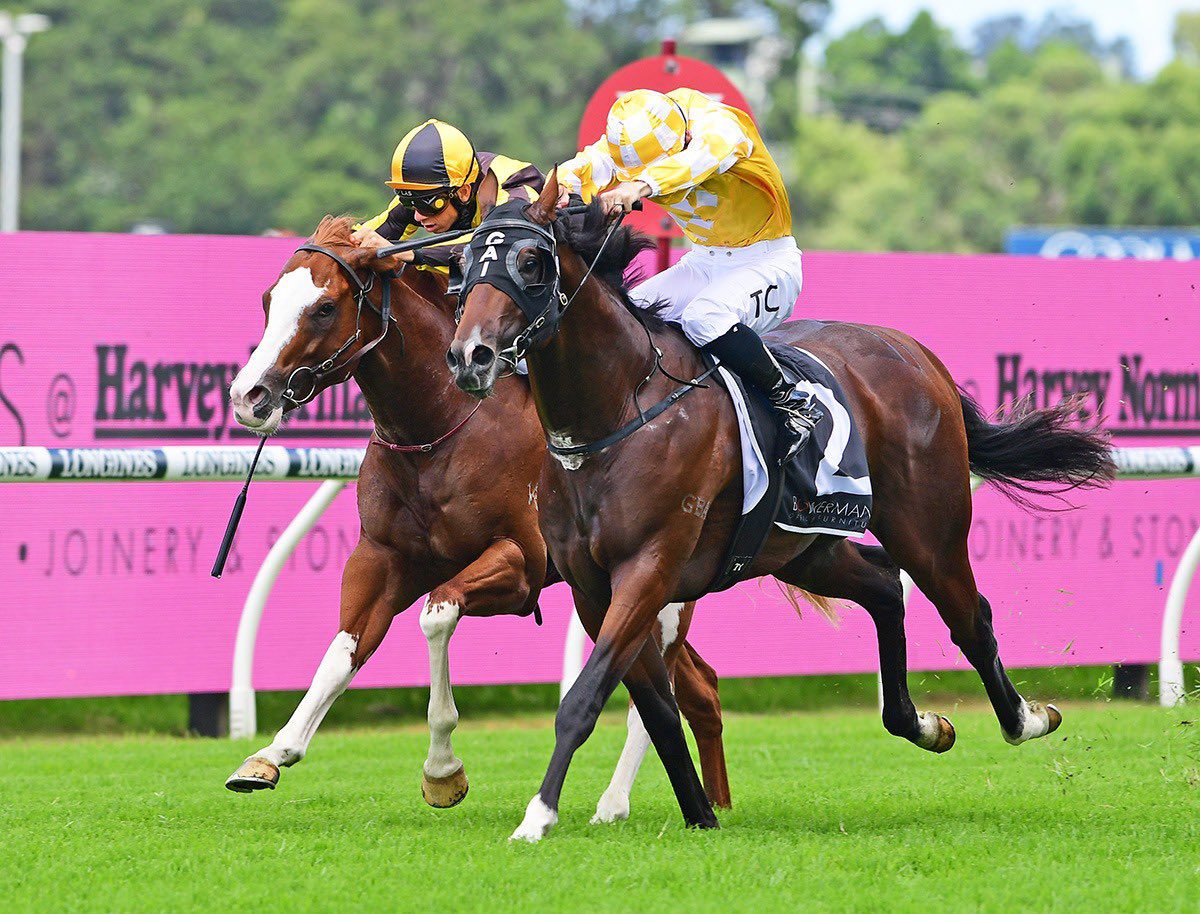 Two-year-old colt Rise Of The Masses became the final horse to secure a start in next Saturday’s Golden Slipper after a strong on-pace victory in the Group 3 Pago Pago Stakes (1200m) at Rosehill Gardens on Saturday afternoon.

The son of Russian Revolution was given a terrific ride by Tim Clark from barrier four, toughing it out to win by half a length in the 1200m event.

Trained by Gai Waterhouse & Adrian Bott, Rise Of The Masses started a $6 chance in the Group 3 feature and is now into $17 for next Saturday’s Golden Slipper.

Co-trainer Adrian Bott said that Rise Of The Masses’ was “deserving” of a spot in the Golden Slipper and that he is looking forward to the challenge in seven days’ time.

“A horse that we have always had a good opinion of so I think he is very deserving of his place in the Slipper should Sir Owen want to take him that way,” Bott said.

“I do feel he would make his presence felt.

“He has just been putting it together. Even today, he was wandering around a little bit and wasn’t able to quite put the race away but when he got into a fight he really knuckled down to win and was very strong late.

After running second at Randwick last time out in the Skyline Stakes, Rise Of The Masses was solid in betting for the Pago Pago, with punters getting it pretty right as the horse proved too good for his rivals.

Now a $17 chance for the Golden Slipper with online betting sites, winning rider Tim Clark believes that the horse could measure up in the $5 million event if connections chose to go that way.

“He’s definitely continued to learn and put it together all preparation. Hopefully he’s peaking at the right time, Clark said.

“I think they are a very even bunch so probably doesn’t have to improve a lot.

“Gai has won plenty of them so she knows what she is doing. I won’t question her.”

Runner-up Sweet Ride threw down a strong challenge, but a spot in next Saturday’s Group 1 looks unlikely for him now, with not enough prizemoney to his name to gain a start in the final field.

Drifting favourite Magic didn’t finish off as strongly as he did on debut, running third for the Hawkes stable as a $2.50 chance.