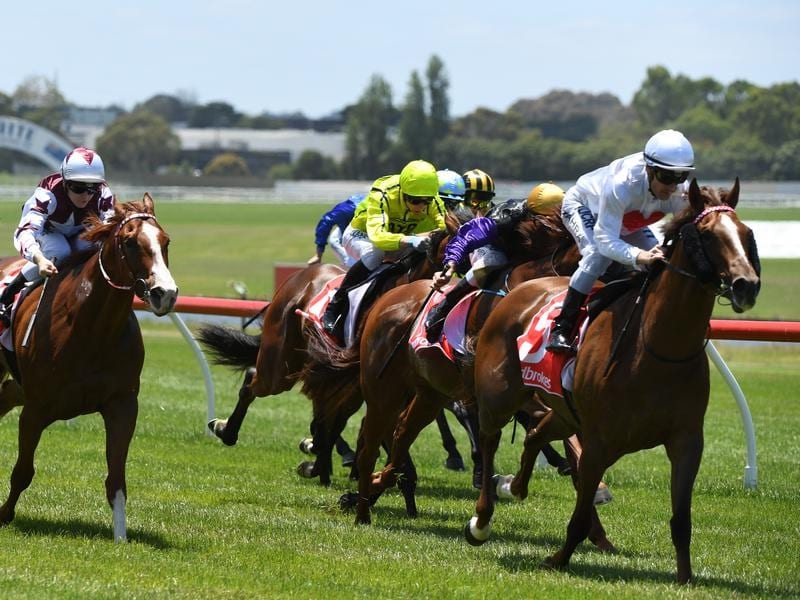 Derby aspirations for Ridgewood Drive are likely to become clearer after the lightly raced gelding chases a second city win in quick succession.

The Anthony Freedman-trained Ridgewood Drive, a half-brother to 2014 Queensland Derby winner Sonntag, scored a maiden win at his second career start at Sandown and is set to back up a week later in Wednesday’s Ladbrokes Multiverse Handicap (1600m) at Caulfield.

“We haven’t done a lot with him between runs. He’s pretty fit now and he will appreciate the extra distance tomorrow,” Freedman’s racing manager, Brad Taylor, said.

“He has got a little bit of an awkward barrier (seven) but he puts himself near enough to the speed so if he can get a nice enough run in behind them he looks a nice chance.

“He’s a half-brother to a Derby winner so he’s certainly going to appreciate getting up over a little bit further and once he gets up to 2000 metres and further you are going to probably see an even better horse.”

Taylor said the plan was to give Ridgewood Drive a freshen-up after Wednesday before setting the gelding on a Derby path.

“I don’t know what Derby yet but there are plenty of options through the autumn and into winter,” he said.

“There’s South Australia and Queensland and all of them will be considered. We’ll get through tomorrow first, give him a short break and then we can make a bit of a plan.”

Wednesday’s race is an opportunity to boost the gelding’s rating and prize money to open up options later in the season.

Taylor said the stable’s multiple Group One winners Santa Ana Lane and Shoals had both returned to work in good order.

“They spelled really well and they had their first gallops back this week,” he said.

He said race plans had yet to be locked in but options for Santa Ana Lane included a trip to Dubai.