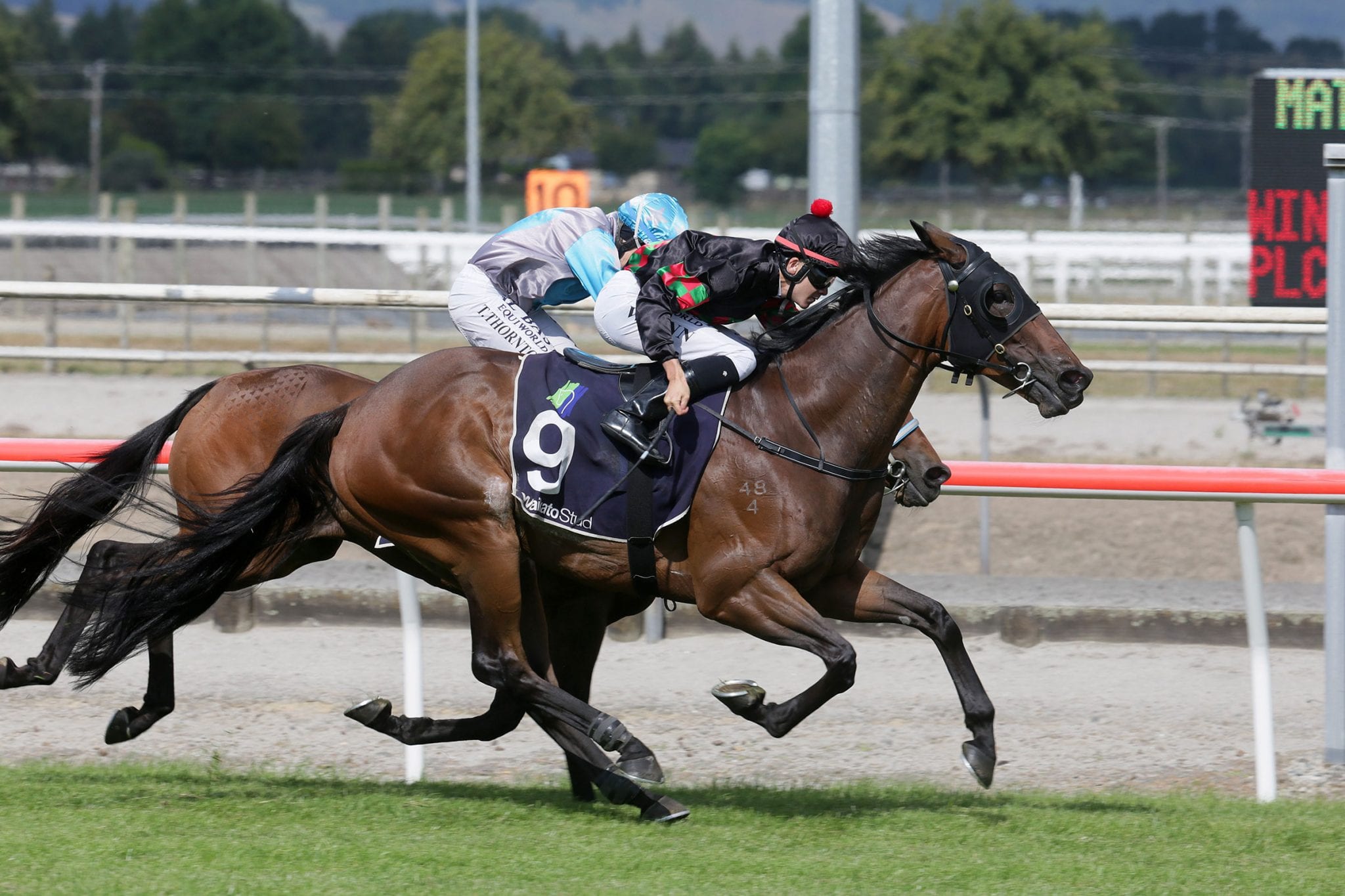 New Zealand trainer Graham Richardson is hoping for a fruitful day when he heads across the Kaimai Ranges to Tauranga on Saturday.

The Matamata horseman, who trains in partnership with Rogan Norvall, will have four runners at the Bay of Plenty meeting this weekend, headed by Paisley Park in the Seeka Kiwifruit Cup (2100m).

The Listed Kaimai Stakes (2000m) winner was set to lumber 62kg on Saturday, however, Richardson has elected to utilise apprentice jockey Masa Hashizume and his two-kilogram claim.

“He is not an easy horse to ride, but Masa rides like a senior and he has got a two-kilo claim,” Richardson said.

“He is a very genuine horse and he handles most tracks, but a very heavy track is a question mark and so is a very firm track.

“He is a real trojan, but he is a racehorse.”

The six-year-old gelding has drawn barrier 10, however, Richardson said that may not be a bad thing on the Heavy11 surface.

“Nine times out of 10 he draws badly, but that is okay – it is what it is, and he might be better off out there anyway,” he said.

Paisley Park has been an active horse this season, with Saturday being his fourteenth start this term, but Richardson said he will wait to see how he pulls up after the weekend before making any future plans.

“We will just see how he pulls up, but he will have to have a rest at some stage,” Richardson said. “He has been up a fair while, but he is earning his keep.”

Richardson is also excited about the prospects of last start winner Angelica, who will contest the Aongatete Avojects Handicap (1200m).

“She is a big improver,” Richardson said. “I am very pleased – she is sound, she is a very happy and relaxed horse, and she looks great for this time of year.”

Richardson will also be represented by Devotioninmotion and Maenad in the Aquaholics Plumbing 3YO (1300m).

“The question mark is how heavy the track is. She is another one like Paisley Park and likes a Dead to Slow track. She is a good galloper.

“Maenad has been hassled by stone bruise after stone bruise and has just had bad luck. She is going to need the run, but she will improve, and she will win races.”

“La Mia Stella would make a nice galloper down south, she will win races down in the South Island,” Richardson said. “She is a lovely mare and a good galloper – she has won five races. She will make a lovely broodmare one day.

“Rocket Fuel has been a good horse and Group placed. They come to the end of their racing, which is a shame, but she has certainly done a good job.”

Richardson has found gavelhouse.com to be a great tool to disperse stock.

“They reach their limit, and some of the owners aren’t breeders, and gavelhouse is the greatest and simplest way to disperse horses,” he said.

“If one of the owners wants to buy them back then there is no argument on valuation.”