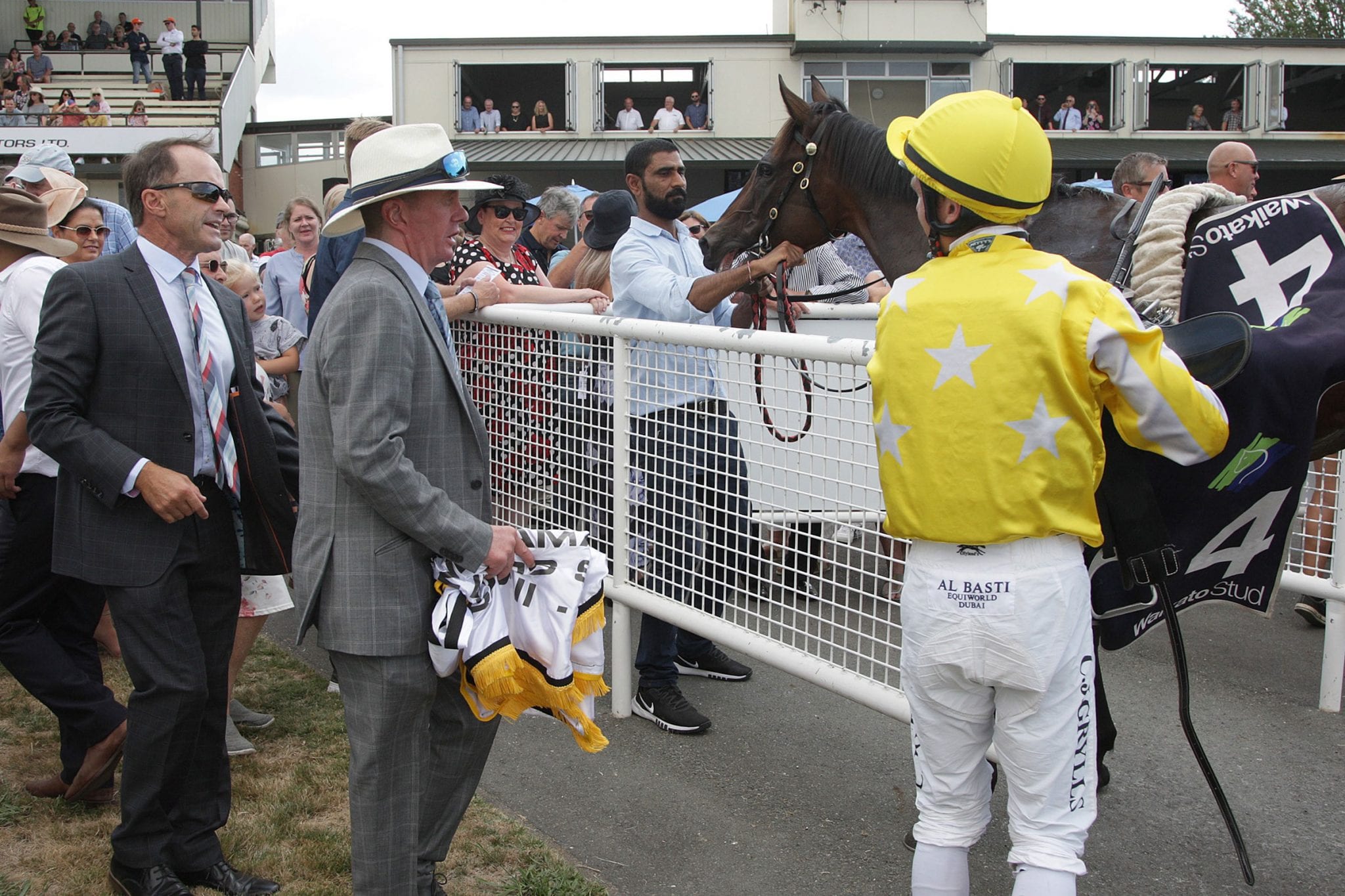 After a night of celebrations at his favourite local restaurant, Matamata trainer Graham Richardson made an understandably slow start to his Sunday morning schedule.

Richardson and a group of friends had good cause to party on Saturday evening after he and co-trainer Rogan Norvall captured the most prized trophy amongst the local training fraternity, the Group 2 J Swap Contractors Matamata Breeders’ Stakes (1200m) with their two-year-old filly, Bonny Lass.

To add icing to the celebratory cake, the pair also scooped the Listed Matamata Veterinary Services Kaimai Classic (2000m) with Paisley Park as well as one of the supporting events on the day with Light Brocade.

Richardson was still on a high as he described his feelings about the stable success, particularly in a race that means so much to the Matamata locals.

“I guess you can say that the Breeders’ Stakes is the one race we all want to win,” he said. “The competition is pretty fierce and to win it has given me one of my biggest thrills in racing.

“I don’t often have too many two-year-olds as we like to give our horses time, but this filly is such a natural and so professional that she looked ideal for the race.

“I was really chuffed and the Swap family who sponsor the race are good mates and race several horses with me.

“One of the other nice things about the win was the camaraderie amongst the locals after the race.

“I haven’t even got close to answering all the texts and calls I’ve had, although I will be trying to do that on Sunday afternoon.

“I didn’t get much sleep as we went to our local Italian restaurant to celebrate and it was quite a big night.

“My best mate is Lance O’Sullivan and we give each other a hard time every day. He was one of the first to congratulate me and was over the moon for me.

“Mind you he still reckons he is a better tennis player and he kept reminding me all night although the simple fact is, he’s not!”

Richardson was quick to pay tribute to training partner Norvall, the former Group One-winning jockey who is in his first full season in partnership with Richardson.

“Rogan is so conscientious and such a hard worker,” he said. “He’s a real talent and I’m lucky to have him with me.

“We’ve got some really nice horses behind us in our team of thirty and some really promising younger ones coming through.

“I guess everyone gets their turn, but we don’t take short cuts and the work we have put in is starting to pay off.”

With the partnerships’ first two stakes wins under the belt on Saturday, Richardson and Norvall are looking forward to further success with a trio of three-year-old fillies heading to the Group 1 Al Basti Equiworld Dubai New Zealand Oaks (2400m) at Trentham in late March.

“We’ve got four in the Oaks at the moment although I’m not sure if Oh To Be will continue on that path,” Richardson said.

“Ali Arc and Canuhandleajandal will have their lead-up runs in the Lowland Stakes (Group 2, 2100m) at Hastings on Wednesday while Carolina Reaper is in the Sunline Vase (Group 3, 2100m) at Ellerslie on Sunday, depending on what happens with the current COVID-19 outbreak.

“I’m delighted with how all three of those fillies are coming along, although it would be an extra thrill if Ali Arc could win as she is part-owned by the Swap family and it would be a nice synergy with the result from Bonny Lass.”

Richardson is also hoping his good fortune continues for at least another week with two important events coming up.
“I’ve been renting a house in Matamata for quite a while after my original home burnt down and they finally get started on building a new one for me on Monday.
“The demolition guys are coming in to bowl the old structure although I think my oldest son and his mates did a fair bit of their job for them on Saturday night when they had a party there.

“I’m also hoping that the COVID lockdown sorts itself out as we have Defibrillate running in the Australian Cup (Group 1, 2000m) at Flemington on Saturday.

“Last time the syndicate all got together and watched the race, so we’re keen to do that again.

“I don’t think I’ve ever been more nervous that when he ran last time and now he is one of the biggest Group Ones in Australia, I’m sure I will be feeling it again.”

Defibrillate won two of his three New Zealand starts when prepared by Richardson and has continued to show his wares under the guidance of Patrick Payne in Melbourne, having won seven races from ten starts including his last four in a row.