Richardson and Norvall double up in Matamata features 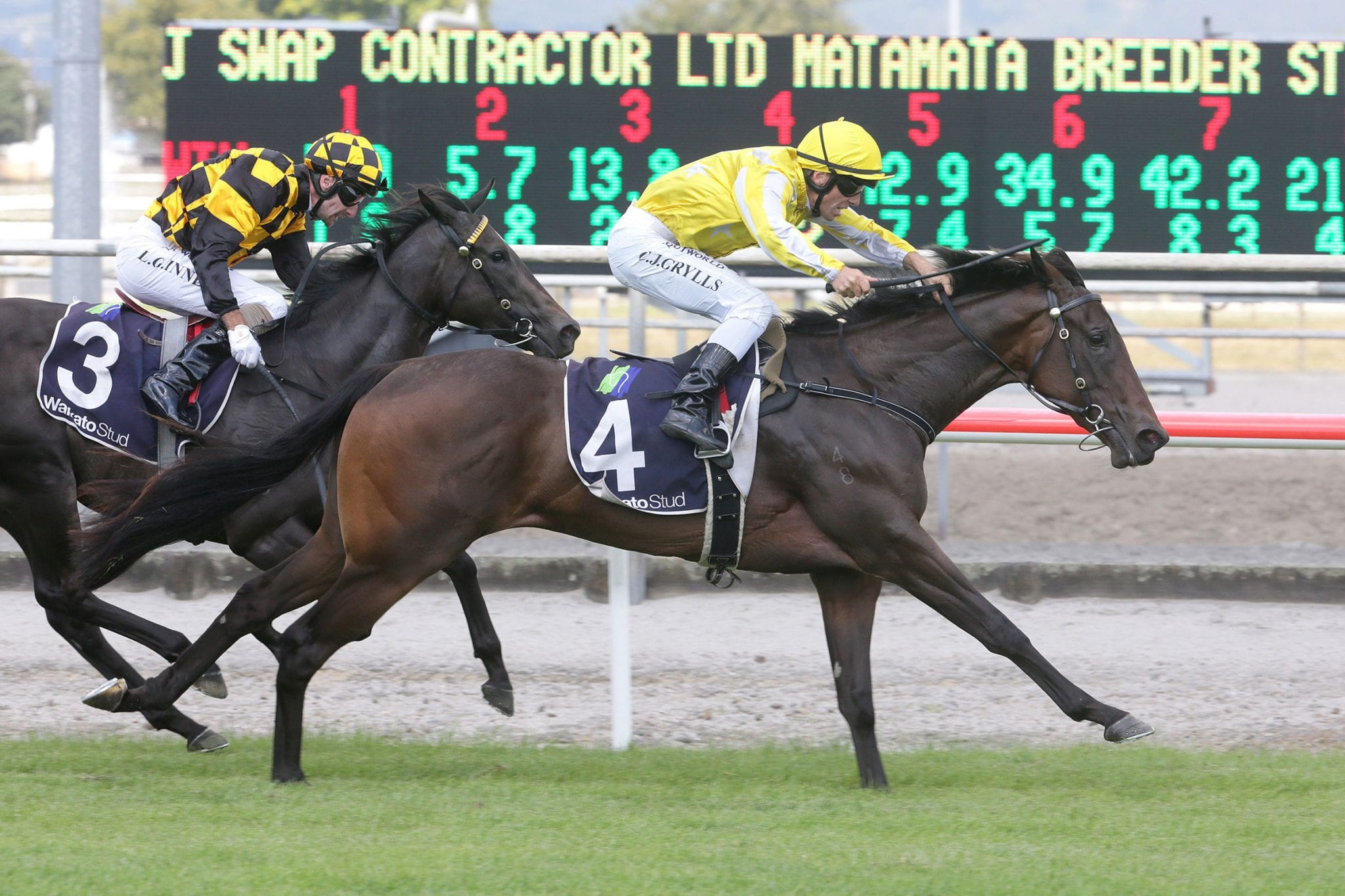 The syndicate includes a number of members racing their first horse and they got the ultimate thrill of a feature race victory when the daughter of Super Easy held off all challengers to take the Group Two contest on her home track.

A comfortable debut victory at the venue back in January saw the Graham Richardson and Rogan Norvall-trained youngster installed a warm +110 favourite for the race and she didn’t disappoint, courtesy of a heady ride by Craig Grylls, who brought up a winning treble on the day with the win.

Despite being a stride slow from the barrier, Grylls didn’t panic as he pushed Bonny Lass forward to take up a perfect position behind pacemakers Mozzarella and Beldarra after 300m. Grylls issued his challenge early in the run home, with Bonny Lass taking a length advantage over Beldarra before holding out the late burst of Fonsalette to collect the victory.

Richardson had his heart in his mouth at the start when Bonny Lass wasn’t brilliantly away but knew she would be heard to beat when she took the lead in the straight.

“She is just so professional and she is tough,” he said. “She actually lost her back legs at the start, so to pick herself up and get into the position she did was quite remarkable.

“When she was in front, I was looking for Lance O’Sullivan’s filly (Novashow) as I thought she was the horse to beat. I was just hoping we had enough to hold them all out and thankfully we did.”

Richardson admitted he hadn’t done a lot between races with Bonny Lass, a filly he was given to train about five months ago.

“I got a call one day, asking if I would take her and I was thrilled to do so,” he said. “Mark Brooks had done all the early work with her and did a fantastic job.

“She was quite a handful, but she has really settled down and is superb to work with. I went up to her this morning and gave her a big hug and she just loved it.

“We didn’t do a lot with her after she won first up, just kept her ticking along.

“I thought she could go a big race, which she did and has given me a huge thrill as the Swap family, who sponsor the race, are very good friends.

“She has a nomination for the Sires’ Produce Stakes (Group 1, 1400m) at Awapuni in a month and I think she showed today she should get the trip ,so hopefully that is what we will now work towards.”

The six-year-old Azamour gelding had shown he was coming back to the form that saw him take out the 2020 Dunstan Feeds Stayers Championship Final (2400m) at Ellerslie when finishing fourth in the Group 3 Taranaki Cup (1800m) at his last start.

Richardson was confident his charge could feature on Saturday and so it proved after rider Wiremu Pinn shot him to the front approaching the home turn before holding out all challenges to win nicely by half a length from Central Districts visitor Pep Torque.

“He is a true mile and a quarter horse, so it suited him perfectly today,” he said.

“Wiremu followed instructions to the letter as we wanted him to give him a dig out of the gates and race handy.

“He had to go early and thankfully he did that, as it was the winning of the race.

“I haven’t got any plans for him and will just let this all sink in as we celebrate tonight.

“The two wins today have given me one of the biggest thrills I’ve ever had in life.

“I’ve won races like the Matamata Cup here on my home track but there is just something special about taking out the feature event the Club has and the winning another big one, all on the same day.”

Richardson & Norvall finished up with a winning treble on the day after Grylls piloted Light Brocade to an all-the-way success in the third race on the card.