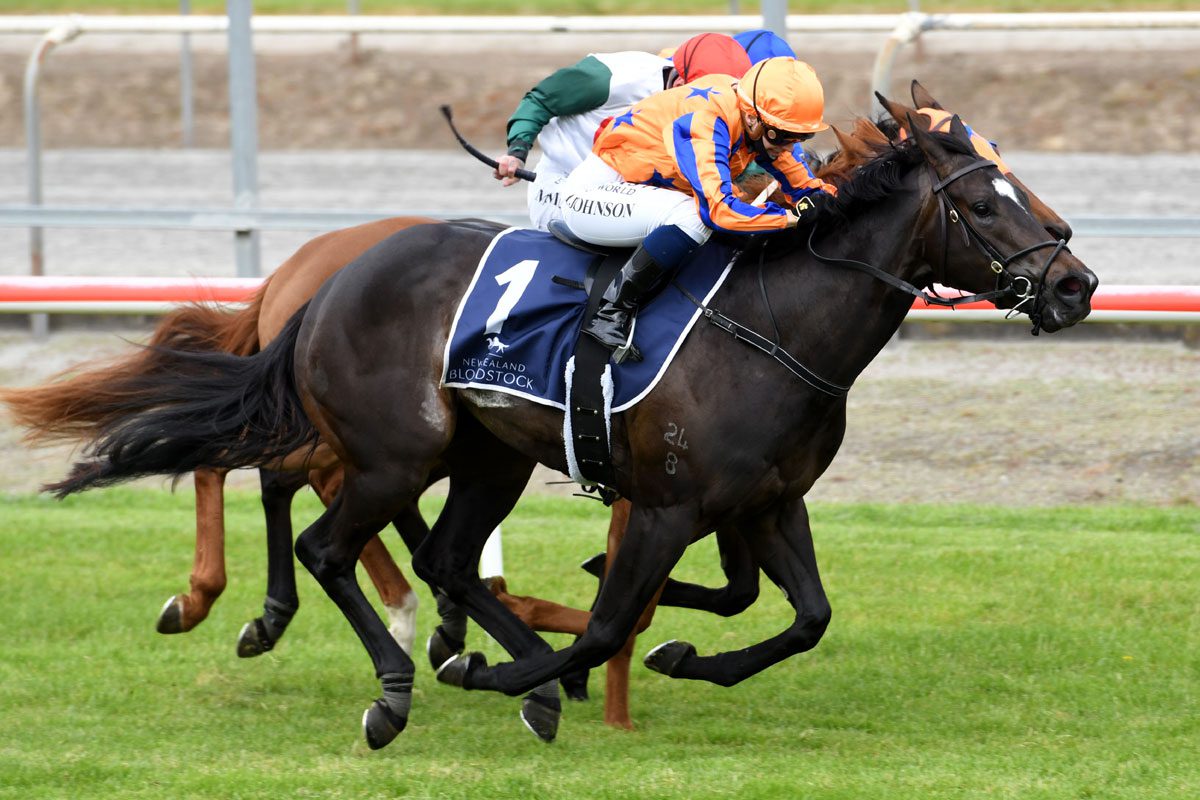 The depth of the three-year-old talent in the Te Akau Racing team was clearly on display on Saturday, with trainer Jamie Richards producing black-type victories at both Matamata and Riccarton.

Richards swept all before him last season, winning the National Trainers’ premiership with 160 wins of which 36 were at stakes level.

It has been a slightly slower start to the season for the Matamata mentor this year, however he has started to hit his straps in recent weeks and went into overdrive on Saturday with a winning treble on his home patch at Matamata that he then matched at Riccarton, making for a remarkable six local wins on the day.

Amongst those victories were feature race wins at both venues with three-year-old filly Imperatriz overcoming a tardy start to take out the Group 3 Matamata Veterinary Services Soliloquy Stakes (1400m), and then twenty minutes later, stablemate Noverre showed he will be a massive chance in next months’ Group 1 Al Basti Equiworld Dubai New Zealand 2000 Guineas (1600m) after storming home to capture the Group 3 War Decree Stakes (1600m) at Riccarton.

It wasn’t all plain sailing for Imperatriz, with the daughter of I Am Invincible rearing at the start and settling well off the pace for rider Danielle Johnson before improving along the rail approaching the home bend.

Johnson angled the filly to the middle of the track and she let down with a determined finish to take out the event, her fourth win from just five starts.

“The team is starting to come right now, after a wet, cold spring and the tracks have taken a long time to come right too,” Richards said.

“I feel like we’re getting there now and the stable has had a great day.

“Imperatriz missed the kick, but we were planning to ride her patiently from the draw and it worked out well.

“Danielle did a very good job being able to find clear air when she needed it. She sprinted quickly and was able to sustain the gallop.

“She’d been a little while between runs, so I think her fitness is there to improve further and it was a really good win.

“It was good to see her stay the seven furlongs (1400m) and I guess we’ll have to look at Riccarton now and the 1000 Guineas, but we’ll see how she comes through this first.”

Savabeel colt Noverre also didn’t have things go all his way either, settling near last after beginning slowly and then negotiating some heavy traffic issues in the home straight to burst clear at the 100m and win going away by more than a length from race favourite Field Of Gold.

“He was quite brilliant winning as he did,” Richards said.

“I was really impressed with how he paraded. He looked nice and calm beforehand, was good in the barriers, and got into a nice position.

“Jason (Laking) let things unfold and I was really impressed with the way he weaved between runners and ran the mile really strongly.

“Jason knows the horse well, what he’s capable of, riding track work and giving us a hand. I’m thrilled we’ve been able to repay him with a stakes winner, and we can all look forward to the 2000 Guineas.”

Noverre was an NZD$800,000 purchase by Te Akau Racing supremo David Ellis from the Waikato Stud draft during the Book 1 session at the 2020 National Yearling Sale at Karaka, while Ellis outlaid AUD$360,000 to purchase Imperatriz at the Gold Coast.

With Noverre defeating Field Of Gold, who was the fixed odds favourite for the 2000 Guineas before Saturday’s contest, bookmakers quickly shuffled their market to install Noverre at the head of the pack at +400 for the Group One feature that is run at Riccarton on November 6.

Noverre could be joined by Imperatriz at the Riccarton carnival as she sets her sights on the Group 1 Barneswood Farm New Zealand 1000 Guineas (1600m) on November 13, where she is the +280 second favourite behind the Tony Pike-trained There You Go (+240).

Luck deserted Richards in Australia with sustained rain at The Valley significantly affecting track conditions which didn’t suit four-time Group One winner Probabeel as she battled into a well-beaten fifth in the Group 1 Cox Plate (2040m) on the deteriorating soft surface.

A wide barrier draw also put paid to the chances of exciting Tavistock mare Entriviere in the inaugural running of the AUD$2million The Invitation (1400m) at Royal Randwick, where rider Tommy Berry was trapped wide early on before moving forward to sit outside the leader and only fading in the final 100m to finish close-up in fourth.