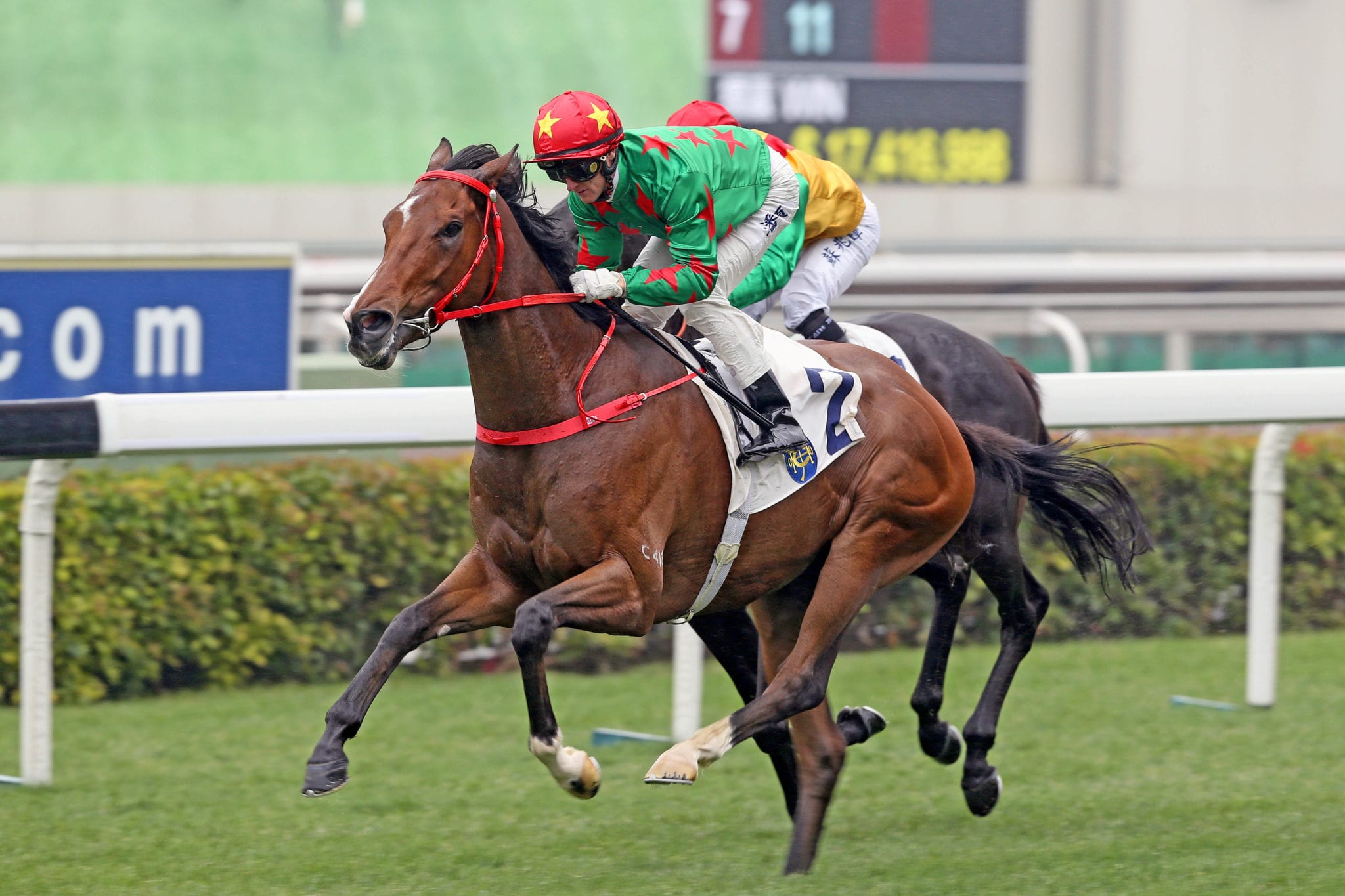 The race is restricted to three-year-olds unraced prior to import and has been won in recent years by such luminaries as two-time Group 1 winner Pakistan Star and Hong Kong Derby hero Luger. Today’s edition did not hold quite that promise on paper but the 56-rated winner is entitled to progress for only his fourth start.

“As a three-year-old horse imported from Europe, he has acclimatised to Hong Kong very well, and judging from how he won today, I believe he will have a bright future and could bring his owners plenty of fun,” trainer L Ho said.

Champion jockey Zac Purton guided the successful bay, who was purchased out of the March 2019 Hong Kong International Sale.

“We are still yet to see the best of him and I expect he will develop into a 1600-metre to 1800-metre horse. I will see his ratings after today’s win and his progress before I decide on his next target,” Ho added.

Purton sealed a double when Clear Choice (133lb) clung on desperately to win the Class 4 Wong Shek Handicap (1650m) from Best Alliance (131lb). It was a fourth career win for the Danny Shum-trained six-year-old and first on the dirt.

The Australian made it three for the afternoon when Glorious Artist (120lb) responded to his urgings to wear down top-weight Elusive State (133lb) in a tough running of the Class 2 Chek Keng Handicap (1650m). That gave the Lor stable a double.