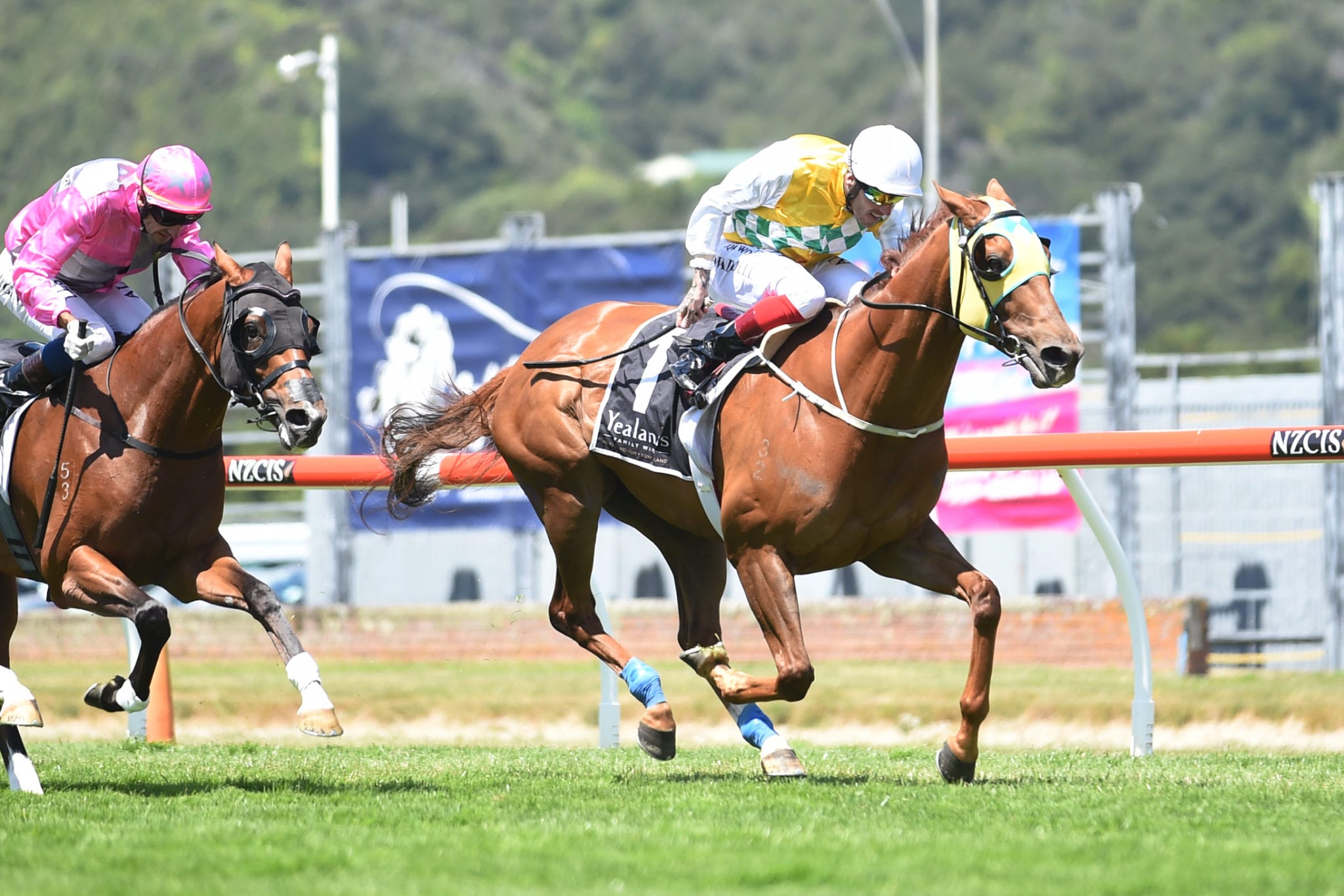 The son of Per Incanto will have his third tilt at the Group 2 Coupland’s Bakeries Mile (1600m), a race that has held mixed fortunes for the seven-year-old. “It has been a bit of a mixed bag,” Oulaghan said. “He won it two years ago (when dead- heating with Son of Maher) and last year he had a heart fibrillation and ran down the track. “He seemed to bounce back from that pretty well and his form after that was good.” That form included victories in the Group 2 Manawatu Challenge Stakes (1400m) and Group 1 Thorndon Mile (1600m) in his two subsequent starts.

That form has continued into the new season where he has posted a fourth-placing in the Group 1 Tarzino Trophy (1400m) and fifth-placing in the Group 1 Windsor Park Plate (1600m) after taking a front-running role. “Both were good solid runs,” Oulaghan said. “I don’t think the pattern on the second day was suitable for him. He doesn’t have to lead and there was a lot of speed on in that race, but he stuck on okay.”

Oulaghan has taken a quiet approach with his stable star since then, but is set to ramp up his work this week ahead of his lead-in race at Awapuni on November 2. “He will probably run in the sprint at Feilding on November 2 and if he gets through that alright he will go down to Riccarton,” he said. “We haven’t done a lot with him. He’s just worked and been in the stable, but he’ll probably have a gallop tomorrow (Tuesday) and we will just step his work up a bit in the next week, with the idea of having him reasonably ready by the time Feilding comes around. “But that run should bring him on a fraction more and hopefully we will have him pretty right for the middle day at Riccarton.”

Oulaghan is looking forward to tackling the feature mile once again and expects it to be a fairly even field this year. “He quite likes the track down there. He has raced well down there in the past, so hopefully it will pan out alright for him,” he said. “I can’t really see a Te Akau Shark in there this year, but you never know, it looks a reasonable field.”

All going to plan, Shadows Cast will follow a similar path to last year after Riccarton, which led to his first victory at elite level. “He will probably have a run here over Christmas, in the Challenge Stakes at Manawatu and we would look at going back to the Thorndon Mile,” Oulaghan said. “He is in good nick at the moment and is doing things right, so everything is chugging along okay.”