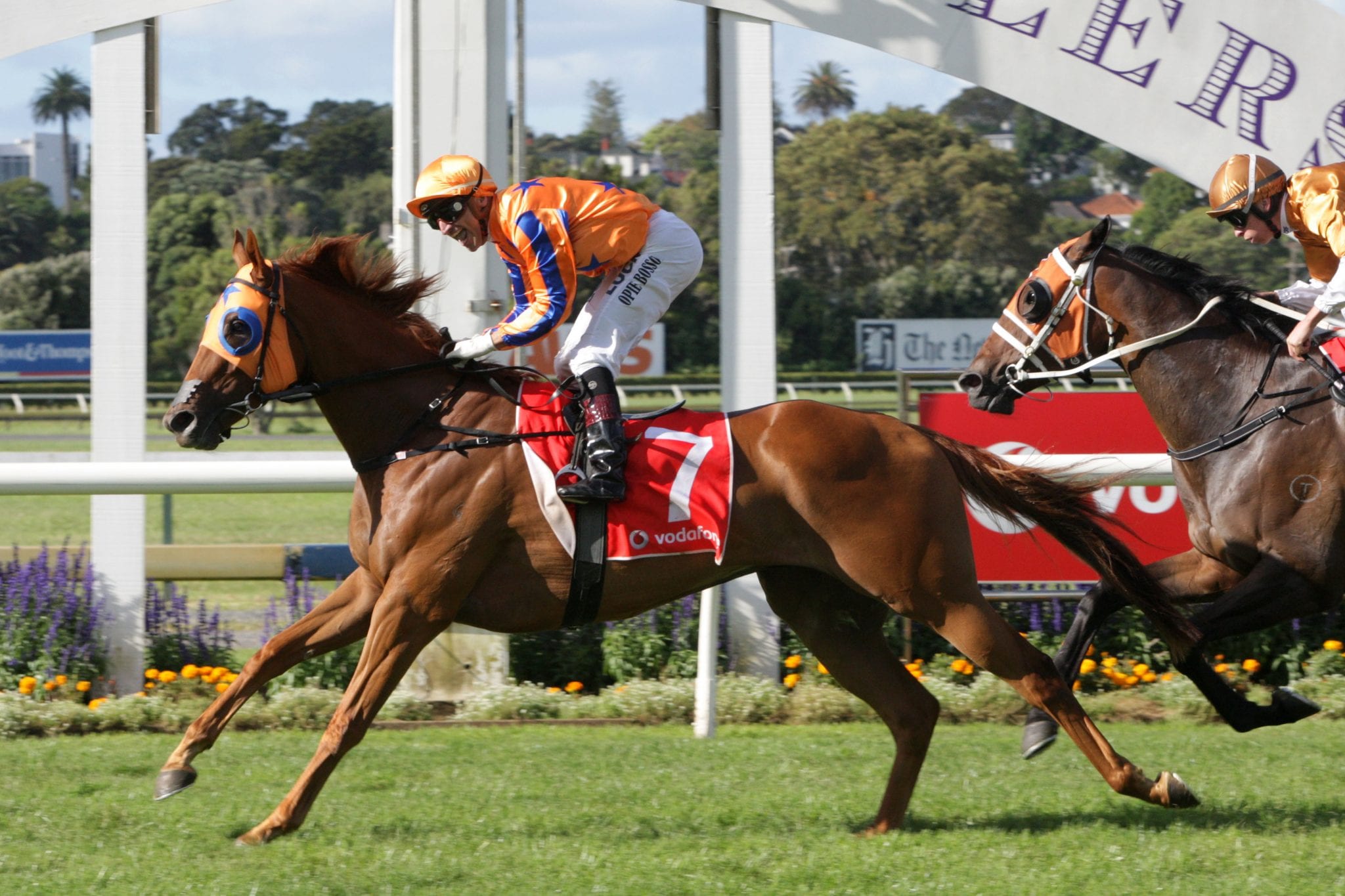 Triple Group 1 winner Gingernuts will once again return to the scene of his Group 1 New Zealand Derby (2400m) triumph when he leads out the field for the Vodafone-sponsored blue riband event at Ellerslie on Saturday.

The 2017 Derby hero confirmed his status as one of the best staying three-year-olds in Australasia by winning the Group 1 Rosehill Guineas (2000m) for trainers Steven Autridge and Jamie Richards. He returned at four to usurp the Group 1 Windsor Park Plate (1600m) before suffering a career-ending injury when cantering to the start of the Group 1 Emirates Stakes (2000m) at Flemington.

The gelding, nicknamed Jerry, with a cult following fractured his pastern and was nursed back to health but retired from racing and has since resided at Te Akau Stud. “He looked a picture before the Emirates and it was devastating to see him injured on the way to the start, but the speed of the veterinary team at Flemington, and the incredible medical care from the Werribee specialist veterinary hospital is the reason we still have him today,” Te Akau’s Karyn Fenton-Ellis (MNZM) said.

“Gingernuts is part of the Ellis/Te Akau family. He’s a true character, has a ton of personality, as well as the most beautiful nature, and he thinks he runs the farm. “I think his fan base came about, firstly, through his quirky name and he is a real chestnut – flashy and proud. “He is now six years old and he enjoys the good life, but also assists in breaking in our young horses and with their education around the farm, although sometimes he still thinks he is one himself.

“Usually a day in the life is to eat, sleep, and play in his huge paddock with Scrutinize, his best friend and another horse retired here at Te Akau. “We really believe that he can be a wonderful ambassador for racing and would love to see him enjoy more activities that benefit racing and in particular deserving equine and youth charities. “Jerry has a hashtag #jerrylove and we are working on a plan to have him carry out more ambassadorial activities for charity that will reinforce how much this industry loves our horses, and how cared for they are after racing.”

Before stepping into the spotlight once more, Gingernuts has been working on his summer figure. “He went back into our Matamata stable two weeks ago to prepare for his cameo on Derby Day, under the watchful eye of our Te Akau trainer Jamie Richards,” Fenton-Ellis said. “Just very light exercise to make sure he cuts the finest figure on course and to settle his excitement. He certainly knows when he is back at Ellerslie. In fact, last year when he was privileged to lead out the Derby field, he didn’t want to come off the track and took a lot of cajoling to do so.”

Auckland Racing Club chief executive Paul Wilcox is delighted to see the former champ back in the limelight and said he is a horse with reach beyond hardened racing fans. “Gingernuts is here to lead out the Derby field. It’s two-pronged, really. To show the love and care for retired racehorses, particularly those that have recovered from catastrophic injuries, which we all remember with him, particularly.

“Also, because he has such a big following from people not just involved in racing but outside as well. “We think it’s a great opportunity to talk about and have one of our stars on the track lead out the field in such a prestigious race. “We’re thrilled to have him here again to lead out the Vodafone New Zealand Derby field. And hopefully, we can get him back in because last year he wanted to stay out there and race. “He looks in fine fettle. He’s a good-looking bloke and a refined gentleman.”