Relaxed Vassilator Up For Caulfield Return 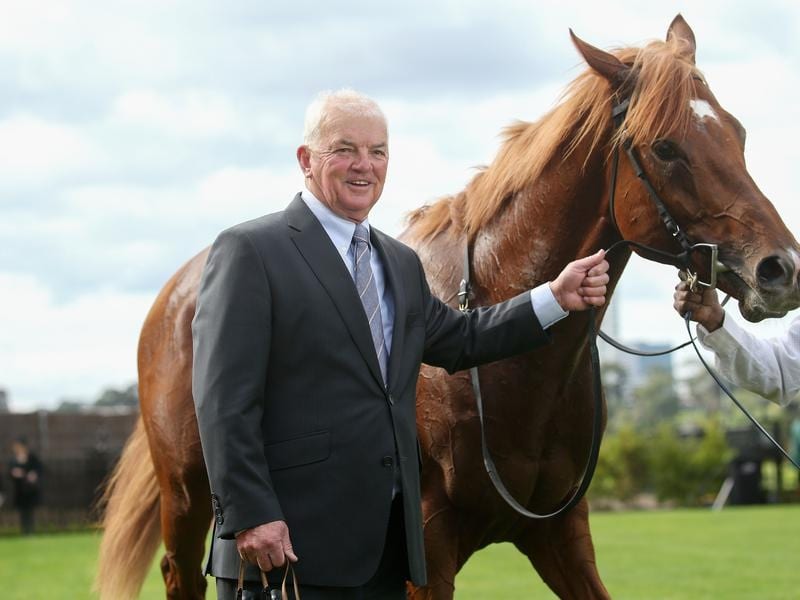 Trainer Colin Little is working with a blank canvas with Vassilator and is encouraged by the progress the three-year-old has made ahead of his racing return at Caulfield.

Little went back to the drawing board with Vassilator after a spring campaign marred in a number of races by the colt throwing his head around when restrained.

Vassilator was sent for a course of dressage after his break with the trainer working on getting the three-year-old to keep his head down while also removing the blinkers from Vassilator’s race-day gear.

“We won’t know for sure until he’s in a race and among horses but its been encouraging with the dressage, a bit of gear and he seems more settled,” Little said.

“He’s got barrier one so he’s going to have horses around him and that will test him.

“But we ran him in a trial and he was OK amongst horses so we’ll want to see him go back, relax and quicken up.

“I don’t think the blinkers were the cause of him over-racing, but we’ve taken them off him anyway.”

Vassilator ruined his prospects by over-racing and throwing his head around when he finished last in the Caulfield Guineas Prelude before chasing The Autumn Sun home in the Guineas in October.

He was again erratic when seventh in the Carbine Club Stakes at Flemington in November.

Little has Australian Guineas aspirations for Vassilator with the colt likely to head to the C S Hayes Stakes at Flemington on February 16 in the lead-up.

Vassilator has been kept ticking over after he was ready to resume at Moonee Valley last week, but confusion over a jockey engagement led to Little holding off until Saturday.

Little thought he had Craig Williams engaged but after he defected, Mark Zahra takes the ride.

“Going to The Valley last week would have given me another week to play with but we thought we could wait a week and get Williams to ride him,” Little said.

“We wanted continuity with a horse that gets his head up as we don’t want to be putting new riders on him every week.”