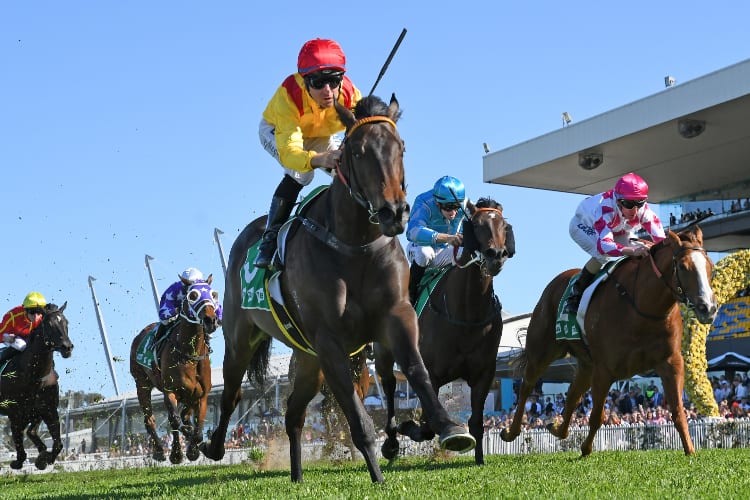 It is said that weight can stop a train but Anthony Cummings is more concerned about Mizzy’s wide barrier draw for the Coolmore Classic than he is about her topweight.

The last-start Group One placegetter will lump 58kg, the same impost as The Hunter winner Sweet Deal, when both attempt to become the first mare since champion Sunline (2002) to carry more than 57kg to victory in the Rosehill showpiece.

But while Sweet Deal has drawn well in gate two, Mizzy has come up with barrier 15 in the 18-horse field and Cummings says overcoming that is her biggest challenge.

“I suppose weight is there to try to even them up and they say it stops trains,” Cummings said.

“It has some impact, no doubt, but probably more so the fact it’s from a wide gate. Distance travelled, to me, seems a bigger impost than the weight.”

A muscle injury has restricted Mizzy’s racing career over the past 16 months but she showed she was back in business when she dived late and just missed behind Savatiano in last weekend’s Canterbury Stakes.

Prior to that she had finished midfield in the Oakleigh Plate in Melbourne, beaten less than three lengths, and Cummings admits it is a relief to see her back to her best.

“She had that injury and you wonder whether they will come back,” he said.

“It takes a fair bit of time to get the muscle back working properly, a lot of work and mucking around and time and patience from everybody.

“She has come back better in all respects this time around and I think that’s pretty heartening.”

Rosehill was rated in the good range on Friday after the forecast for heavy rain failed to eventuate.

Mizzy’s best form is on firm ground and she is a +2000 chance in what is an open edition of the Coolmore Classic (1500m) with Forbidden Love a +500 favourite.