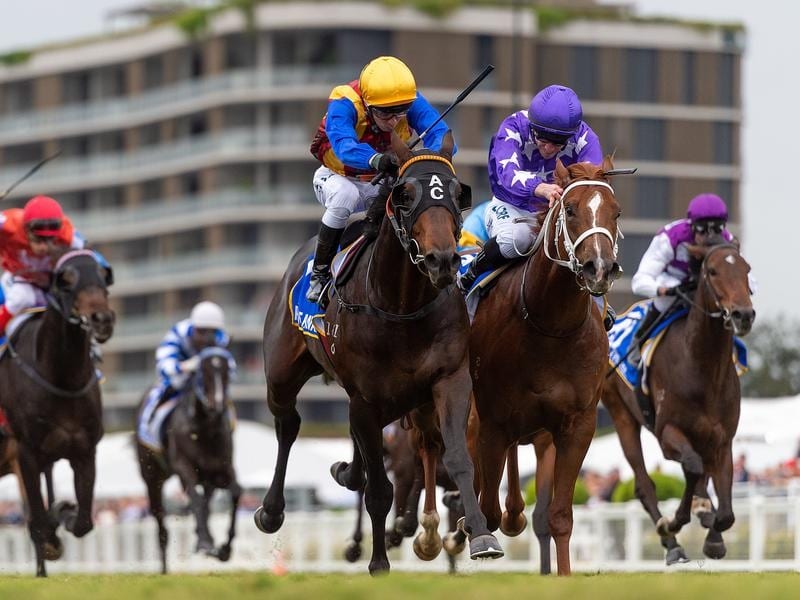 Trainer Anthony Cummings is preparing two of his brightest talents for early autumn starts with Prince Fawaz and Mizzy poised to step out at a bumper barrier trial session at Randwick.

The pair have been plagued by niggling issues which have restricted their racetrack appearances this season, Mizzy having competed just once in the past 14 months while Prince Fawaz missed the spring.

A Group One-winning two-year-old, Prince Fawaz showed a return to his best when runner-up to Castelvecchio in last year’s Rosehill Guineas before injuring his leg in the Doncaster Mile.

Cummings had his sights on a Golden Eagle campaign but ran out of time to get Prince Fawaz ready.

“We were tight for time and there were a couple of little hold ups on the way through so we elected to put him back out again,” Cummings said.

“He comes back now for his second trial and he’s in good shape and raring to go.

“He has certainly furnished and is looking more a man than a boy.”

The four-year-old will line up in the first of 20 heats at Randwick on Thursday when he takes on several high-profile rivals including Flit and Shout The Bar.

He is scheduled to resume in the Apollo Stakes (1400m) at Randwick on February 13 ahead of the Group One Chipping Norton Stakes (1600m) a fortnight later.

Stablemate Mizzy has also had her share of problems.

A muscle injury ruled her out of last year’s Sydney autumn carnival then she was tipped out after finishing down the track at her only spring start.

Cummings has been working on restoring the mare’s confidence and there were positive signs when she won her first trial comfortably earlier this month.

Mizzy is slated to return in the Expressway Stakes at Rosehill on Saturday week with the Group One Coolmore Classic among her goals.

She will have nine rivals in her 900m heat headed by George Ryder Stakes winner Dreamforce, Spring Champion Stakes runner-up Lion’s Roar and Prague, who has joined the Annabel Neasham stable.

Neasham has also taken over the training of promising Aquis colt Mo’unga, who will make his first public appearance for her at Thursday’s trial session.