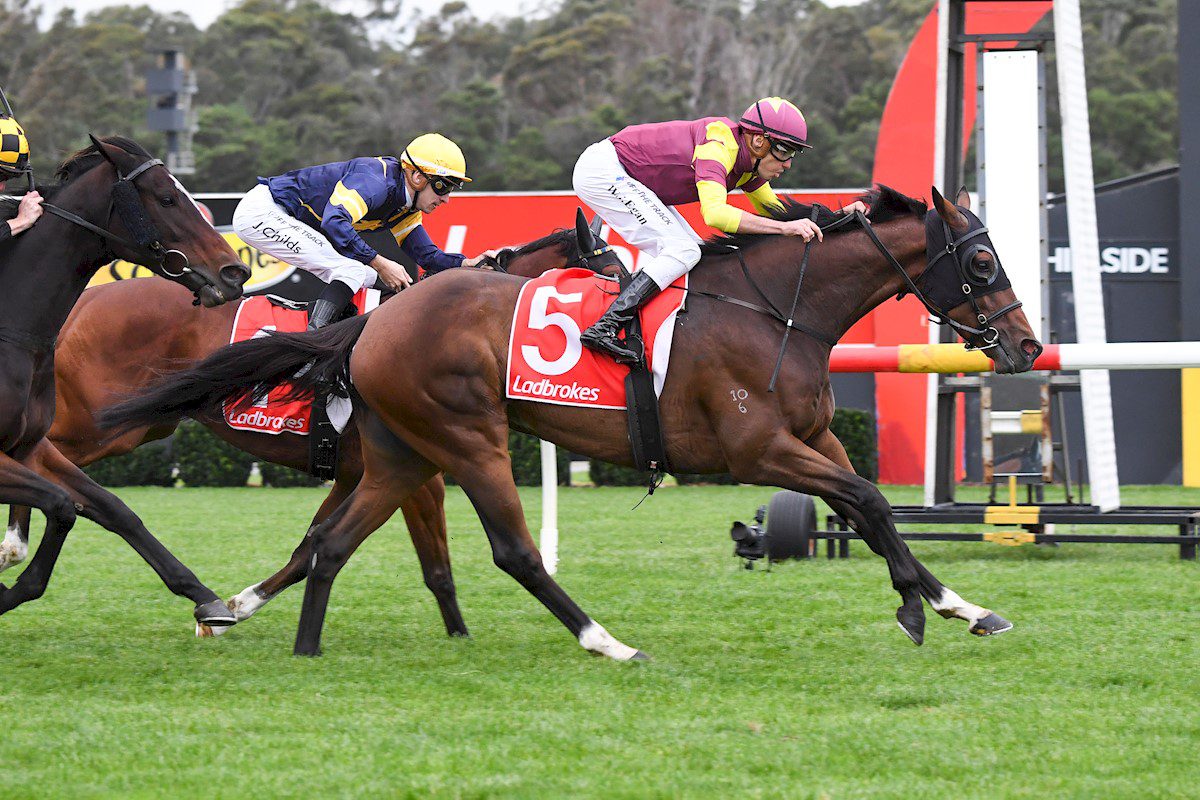 Regardsmaree continued his fine form for Nick Ryan, breaking away inside the final 100m to salute by half a length in the $160,000 Ladbrokes Anniversary Vase (1400m) at Sandown on Saturday.

Jockey Billy Egan judged the ride to perfection, his five-year-old passing Buffalo River (for Michael Moroney) late on the straight to salute.

It was a gutsy effort from Buffalo River, who sped up and found the lead with 650m to go, before very nearly holding on to win.

It was a testament to Regardsmaree’s fitness to leave behind his six-year-old opponent late on the straight.

Ryan’s gelding is running well after his thrilling victory in the $250,000 VOBIS Gold Sprint (1200m) at Caulfield last Saturday.

That was when he also timed his run beautifully, just getting his head down at the right time on the line to beat Lombardo.

Egan was also in the saddle that day.

“He’s been a terrific horse, and we were disappointed with him at Bendigo (eighth in a $130,000 Benchmark 100 over 1400m on April 2),” Ryan told racing.com after Regardsmaree’s win last Saturday.

“But we forgave him for it second-up.”