Regal Reality looks a bet to nothing in York Stakes 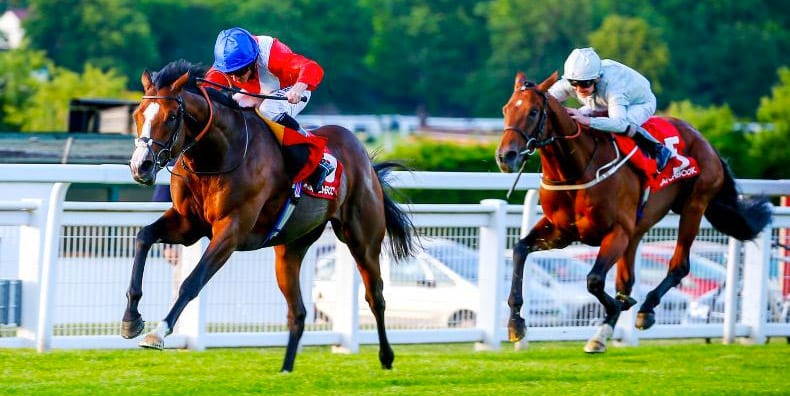 The Group 2 York Stakes is the highlight of the nine-race card on Saturday at the Yorkshire course, and Elarqam is the +300 favourite in the ante-post betting at BetOnline. However, at twice those odds, Regal Reality offers the better value. Nine horses have been declared to run, and online bookmakers will pay out to three places if at least eight of those make the final field, in which case Sir Michael Stoute’s horse looks a bet to nothing in the each-way market.

Elarqam is the best runner on the latest Official Rating (OR) in this race for horses aged three and older over one mile, two furlongs and 56 yards. The race has a good recent record for favourites, as four top fancies have won the race in the last six years. Since 2010, nine winners have been in the first three in the betting. No double-figure runner has prevailed in the last 12 renewals, while average OR of the past 10 winners is 109.

This year’s favourite fits the betting trends but has a higher OR than the typical winner over the last decade. Elarqam has run to a mark of 119, which puts the horse on par with the 2018 York Stakes winner, Expert Eye. In fact, in terms of ratings across the board, the 2020 renewal is one of the strongest this century. Elarqam is a worthy favourite, but Regal Reality has produced some efforts that give the horse a chance to oblige at more rewarding odds.

Arguably Elarqam’s best runs have been in defeat on the last two starts. The horse was sixth behind Fanny Logan in the Group 2 Hardwicke Stakes at Royal Ascot, albeit only five lengths adrift of the victor and beaten only a head by the 2019 Derby winner, Anthony Van Dyke, off level weights. The vet reported that the horse lost a shoe during the race and that could have been an inconvenience, although not a major handicap.

The case for Elarqam is enhanced by the short-head defeat to Lord North over 10 furlongs at Haydock in June. The winner of that race won the Group 1 Prince of Wales’s Stakes at Royal Ascot, while the runner-up, Addeybb, won two Group 1 races in Australia in March and April. The +150 favourite at Ascot, Japan, was beaten five-and-a-half lengths by Lord North and is now a leading contender for the King George VI & Queen Elizabeth Stakes at Ascot on Saturday.

Of the other runners in the York Stakes field, Telecaster won the Dante Stakes at York last May and was installed as the favourite for the Derby. However, the horse finished last of 13 runners at Epsom after sweating and running flat. Fox Champion’s highest OR is 102, so the horse has plenty to find with the favourite. Aspetar has not quite run to the level achieved by Elarqam, so that leaves Regal Reality as the most likely to upstage the favourite.

The five-year-old gelding produced a career high OR of 121 when third to Enable in the Eclipse at Sandown in July 2019. He carried three pounds more than both the winner and the runner-up, Magical. Regal Reality was sixth in the same race this season, but the form means winning the York Stakes is feasible. In any case, Regal Reality can make the payout places, which makes the win element of the each-way wager almost a free bet.