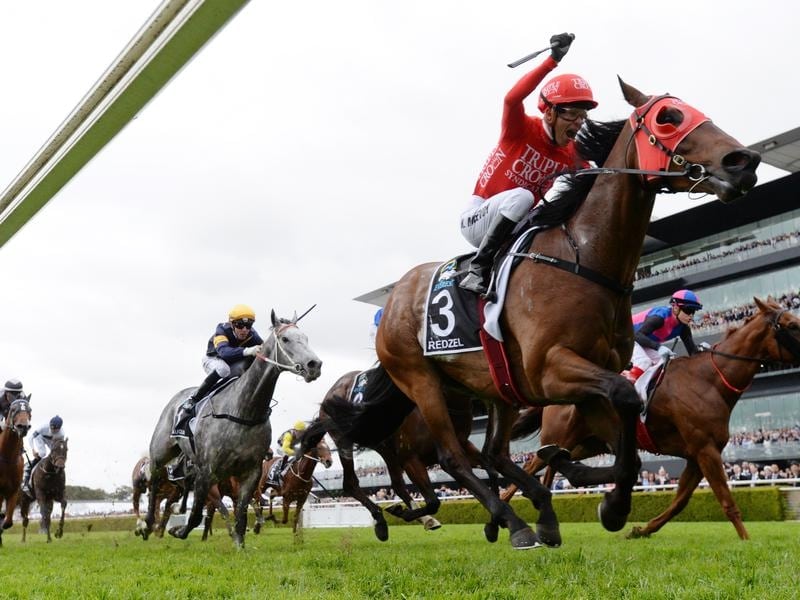 Redzel has put in an impressive performance to win a barrier trial at Rosehill ahead of his campaign aimed at defending The Everest.

In contrast to his first trial at Gosford earlier this month when he finished second, Redzel had his blinkers back on and was taken straight to the front by Kerrin McEvoy in Monday’s 1000m-heat.

He beat Group One-placed Champagne Cuddles by 2-1/4 lengths with I Am Excited edging Everest favourite Trapeze Artist out of third.

Trapeze Artist trialled without blinkers but will have them back on when he resumes in the Group Two Theo Marks Stakes (1300m) on September 8.

“I was really pleased with him and (jockey) Tye Angland was happy,” trainer Gerald Ryan said.

“He will run in the Theo Marks and then the Premiere Stakes (1200m) three weeks later then it’s two weeks to the Everest.”

Trapeze Artist, who will represent Aquis Farm in the $13 million Everest on October 13, is at $4.50 for the Everest with Redzel at $6.

Named the champion three-year-old at last week’s NSW racing awards, Trapeze Artist won the Golden Rose in the spring and defeated older horses in the autumn in the weight-for-age TJ Smith Stakes and All Aged Stakes.

Redzel will make his return in the Concorde Stakes (1000m) on September 1.