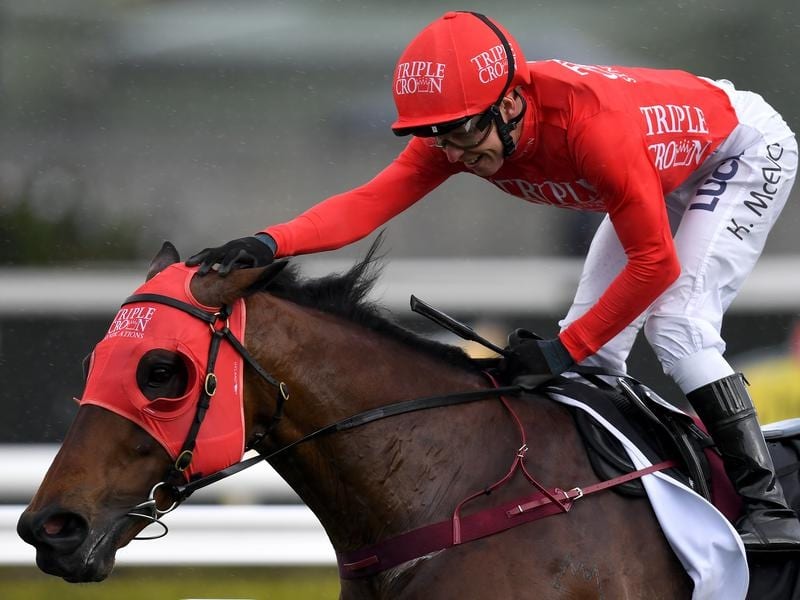 Peter Snowden has delivered an ominous warning ahead of Redzel’s VRC Sprint Classic defence, confident the star sprinter is the horse to beat in the $1 million race and every bit as well as before his recent Everest triumph.

Redzel won The Everest/VRC Sprint Classic double last spring and his co-trainer Snowden believes the gelding is in the right form and condition for Saturday’s 1200m-straight track sprint at Flemington, four weeks after winning his second Everest in Sydney.

“I wouldn’t swap him for any other horse in the race,” Snowden said.

“As respectful as I am, I think he’s the best horse.

“He’s proven that in the past. But you’ve got to keep doing it.

“He pulled up so well from the Everest,” Snowden said.

“That was on very taxing ground but he handled it so well, it just took nothing out of him.

“He’s had a nice trial in between and fitness-wise I think he’s perfect.”

While there are seven other Group One winners among Redzel’s rivals on Saturday, it is a horse chasing his first win at the elite level who was on the second line of betting on race eve.

Pierata was at $6.50 after winning the Sydney Stakes on the same program as The Everest last start, running more than a second quicker than Redzel’s Everest-winning time, although there was a significant downpour between the two races.

“It tells us we’re allowed to be in the race,” Pierata’s trainer Greg Hickman said.

“It just depends on what happens on the day. He hasn’t been down the straight before but the blinkers do help him. And we’re a chance.”

Pierata was in the same barrier trial won by Redzel on October 30 and Hickman indicated he would not want to let Redzel get too far ahead on Saturday although he admitted there were also a number of other chances.

“All the boxes are ticked. It’s a hard field, there’s eight Group One winners in the race and the rest of the field have competed in Group One races.

“It would be an honour to win it.”

It would also be valuable for Pierata as a stallion prospect.

“If he could come out and be very competitive or even win this race it just makes him a bit more up-market,” Hickman said.