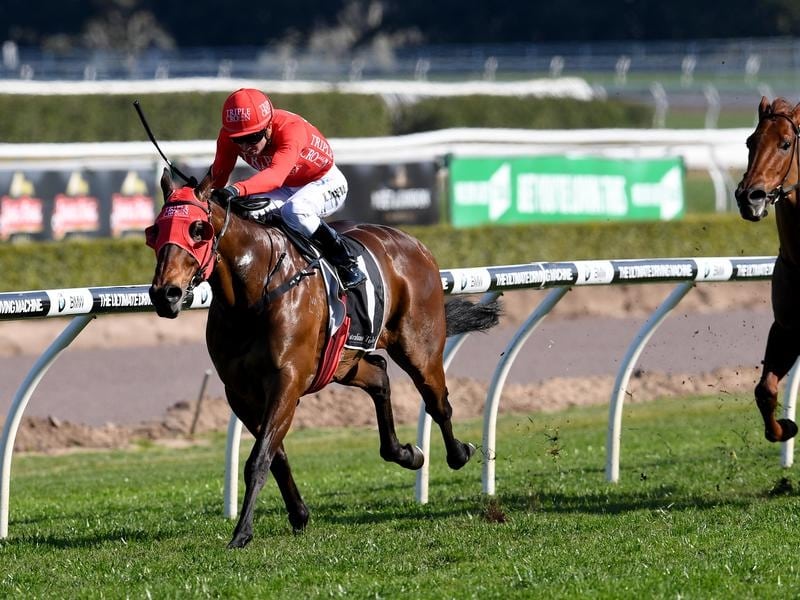 Redzel is odds-on favourite in first markets on the Concorde Stakes as he begins the countdown to his defence of the $13 million Everest.

Invincible Star, the other confirmed Everest runner in Saturday’s Group Three 1000m-sprint at Randwick, is at $2.40 with the TAB.

Trained by Peter and Paul Snowden, dual Group One winner Redzel was an impressive winner of a 1000m-trial at Rosehill last week ahead of two planned runs before The Everest on October 13.

Invincible Star from the Gai Waterhouse and Adrian Bott stable, was given an even more testing hit-out in an 850m-trial on August 13 in which she beat Zousain by almost 10 lengths.

The mare has not raced since her head second to Merchant Navy in the Coolmore Stud Stakes at Flemington in November.

Merchant Navy has since won the Diamond Jubilee Stakes at Royal Ascot and has now been retired to Coolmore Stud.

Redzel won last year’s Concorde Stakes before winning The Shorts (1100m) on his way to the inaugural Everest in which he beat Vega Magic who defends the Group One Memsie Stakes (1400m) at Caulfield on Saturday.