Redzel Likely To Stay In Sydney For Galaxy 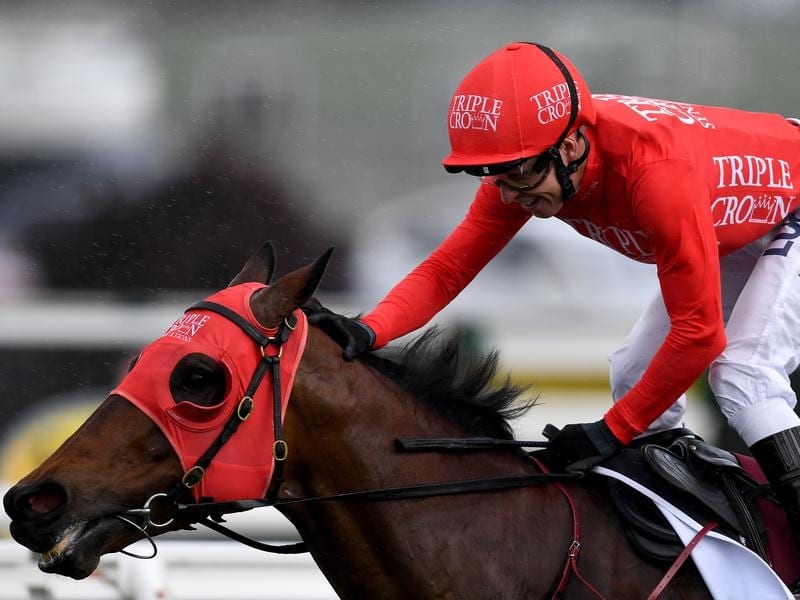 With his focus on the Group One TJ Smith Stakes at Randwick later this autumn, Redzel’s trainer Peter Snowden is likely to keep the star sprinter in Sydney to contest the Group One Galaxy at Rosehill.

The dual Everest winner is nominated for both Saturday’s Galaxy (1100m) at Rosehill and the Group One William Reid Stakes (1200m) at The Valley in Melbourne on Friday night.

Snowden, who trains with his son Paul, has indicated his preference is to keep the horse close to home despite Redzel having top weight of 59.5kg under the handicap conditions of The Galaxy which will be run on a rain-affected track.

Redzel was narrowly beaten by Ball Of Muscle in the Group Two Challenge Stakes (1000m) at Randwick in the first start of his autumn preparation which is aimed squarely at the $2.5 million Group One TJ Smith Stakes (1200m) at Randwick on April 6.

“I think we’ll stay here in Sydney (for The Galaxy),” Snowden said.

“It’s all about the TJ for me. It’s a race we really want to win.

“And it is a better fit, for me, just racing here locally rather than travelling to Melbourne and back.

“Admittedly he’s better off at the weights in Melbourne at weight-for-age, but it’s all about what our target race is.”

Redzel was the $4.50 favourite for The Galaxy on Tuesday ahead of acceptances a day later.

Three-year-old colt Graff, who has finished fourth in the Lightning Stakes and Newmarket Handicap in Melbourne so far this campaign, is second favourite at $6 ahead of Nature Strip ($7) and Pierata ($8).

Ball Of Muscle is a $13 chance to emulate his brother Tiger Tees who won the Group One sprint in 2014.

The Joe Pride-trained Ball Of Muscle has contested The Galaxy twice, finishing unplaced in 2016 and 2018.