Redkirk Warrior Out To Bounce Back 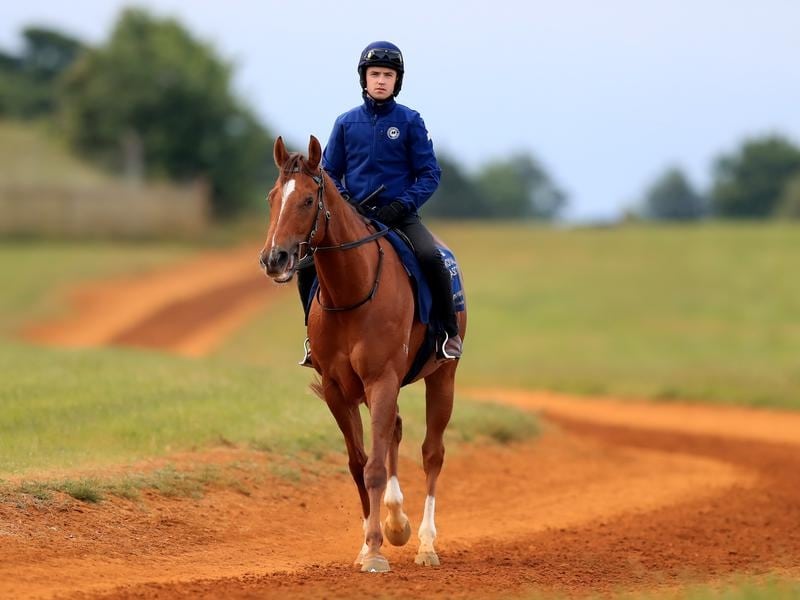 Connections of multiple Group One winner Redkirk Warrior are putting the disappointment of Royal Ascot behind them and are happy to give the sprinter another chance to show his best in England in the July Cup.

Redkirk Warrior had beaten Merchant Navy home in the Newmarket Handicap in Melbourne in March.

David Hayes is back in Australia but reports from his son, and co-trainer Ben Hayes, have been positive about Redkirk Warrior heading into Saturday’s Group One July Cup (1200m) at Newmarket.

Redkirk Warrior will be reunited with his regular jockey Regan Bayliss who put the sprinter through his paces in a work-out on the July course on Monday.

“Both horse and jockey had a look down the course proper and he worked really well, so we thought we’d have a go.

“We were pretty confident he would run first three at Royal Ascot and we were shattered after the race.

“But the good news was we couldn’t find much wrong with him.

“We just feel he got on the wrong leg going right to left instead of left to right, and travelling all day on the day didn’t suit him.”

Redkirk Warrior is stabled at Newmarket for his English stay.

“He pulled up really well after Ascot and I gave him the all-clear. We thought we’d head towards this race three weeks later and forgive him for one bad run,” Hayes said.

Redkirk Warrior has won three Group One races in Australia on the straight course at Flemington including the past two Newmarket Handicaps.

There are 19 horses left in the race at the latest declaration stage headed by King’s Stand Stakes winner Blue Point.