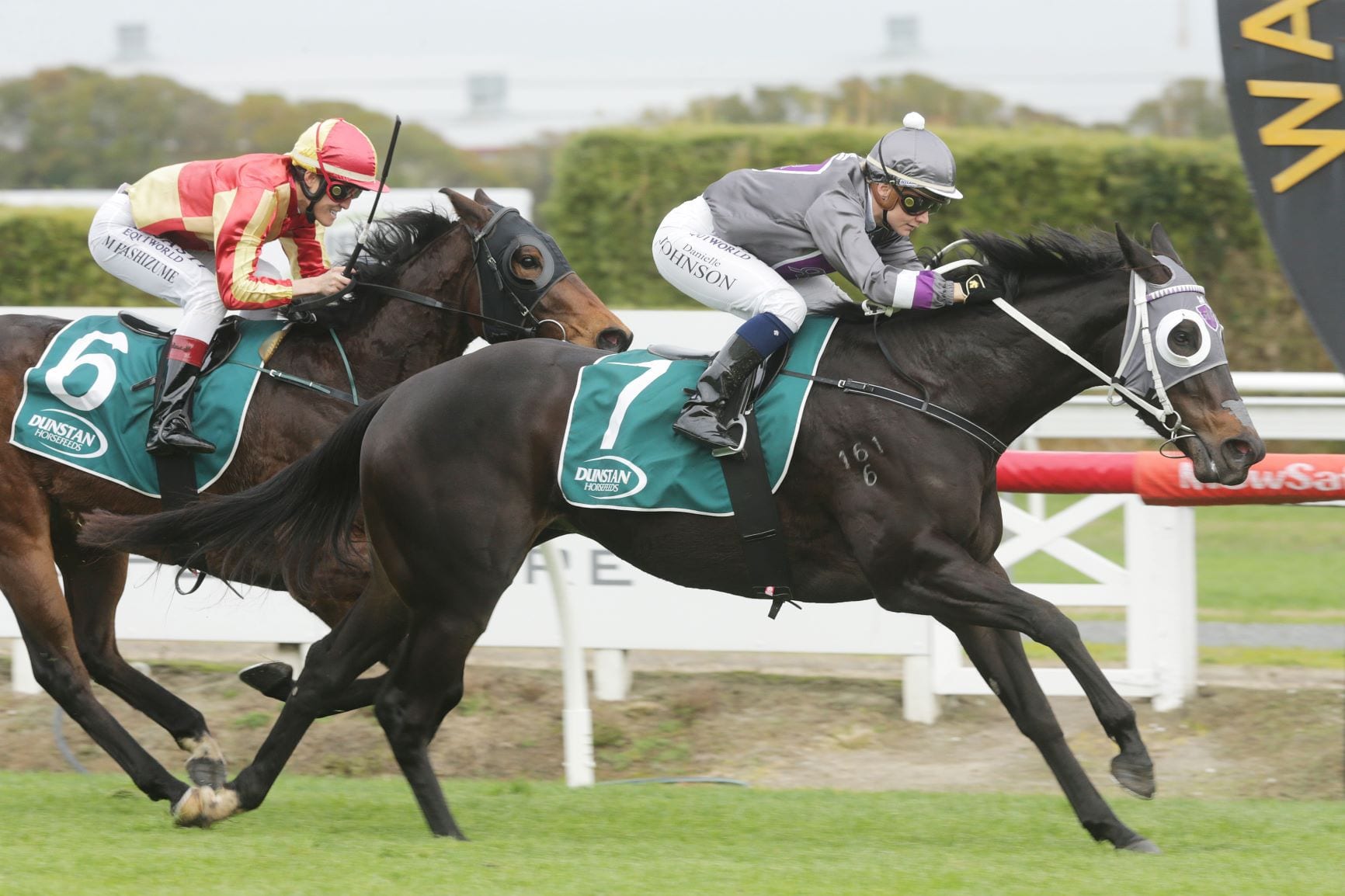 Leading rider Jason Waddell had two reasons to celebrate a successful return to racing at Te Rapa on Saturday. The Cambridge horseman picked up a victory with his only mount on the day when he took out race six aboard the Stephen Marsh-trained Osaka while earlier in the day he experienced the winning sensation from the other side of the fence as the co-owner of impressive maiden victor Fonts de L’Algar.

Waddell, who has had to forego a winter holiday in Spain along with putting his plans for a move to Australia to further his riding career on hold due to the Covid-19 pandemic, was delighted to pick up the victory with Fonts de L’Algar who he owns in partnership with trainer Chad Ormsby.

“I normally try and buy one or two horses a year to turn over and add some coin to the pocket and she (Fonts de L’Algar) is one we tried to sell at the Ready To Run sale but couldn’t,” he said. “We kept her and race her which is good as we can support the industry we love and are involved in. “Chad and I are good friends and we have done a bit of work together in the past so it has worked out nicely. “At her first start she ran sixth to Harlech and ran home quicker than he did so she has always shown us she has the ability. “We’ve just had to be a bit patient and bide our time but we got the reward on Saturday.”

Waddell is quietly making his way back to full riding fitness so decided to forego the mount on the Sacred Falls filly in favour of Danielle Johnson who guided her to a comfortable one length victory. The thrill of owning a winner as opposed to riding one wasn’t lost on Waddell although there was little time for celebration after the race. “It was my first day back riding and I really only wanted to take the one ride so I got to watch the race from the other side of the fence,” he said.

“I actually was a little bit heavy when I got to the races so I had to put the sweat gear on after her race and do a few laps of the track to lose the last half a kilo for my ride on Osaka, so there was no chance of celebrating until we got home last night. “I was shattered when I woke up this morning with the pressure of riding and all that so I don’t know if I got as much joy from the win as I would have if I had just been there for that race. “It was nice to go home and watch the replay a few times though, so we got a real kick out of that.”

Waddell was right back in the winning groove with his ride on Osaka but will take a measured approach to his riding over the next month while he works out his options for the new season. “I’m supposed to be in Spain at the moment but the circumstances as we know have stopped that sort of thing so I will be working on my fitness and my riding for now,” he said. “I don’t remember when I last rode in July but I have been doing a lot of work on Osaka so I wanted to ride him on Saturday.

“I’m just playing it on a day by day basis with my focus on New Zealand but once we get to August I will take a look at the situation in Australia and I can make up my mind on the options available to me then. “I’ll probably take one or two rides at Ellerslie next week and then do the same for the next month until things become a little clearer.”