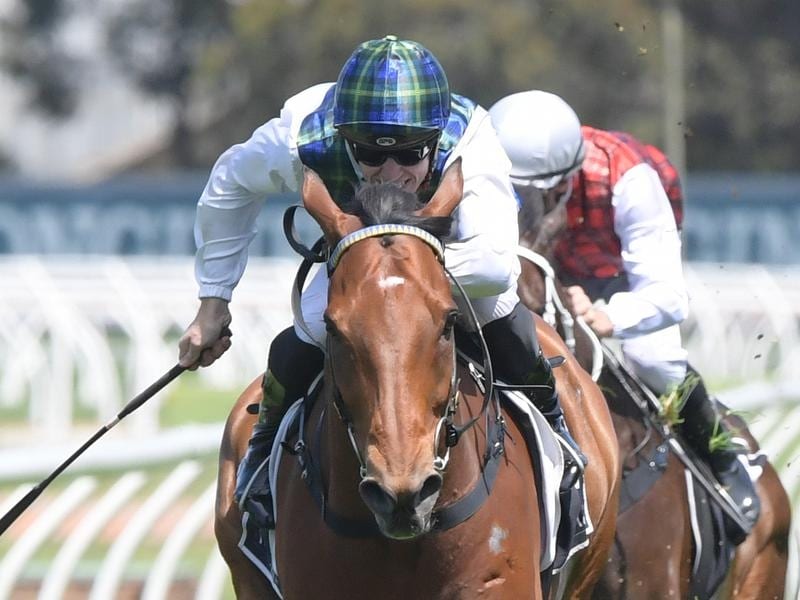 Red Excitement is vying for favouritism at Rosehill but win or lose, he remains a stable favourite with trainer Gerald Ryan and his staff.

The nine-year-old has overcome a tendon injury which threatened to end his career four years ago and runs in Saturday’s November Topaz (1900m) on his way to the Summer Cup and the Gosford Cup.

He won both in 2016 and finished second in the two races last season to Montauk and Singing respectively.

On Friday, Red Excitement and the Chris Waller-trained Exoteric were the TAB’s equal favourites with both coming to the race in winning form.

Exoteric won the Tattersall’s Cup (2400m) on October 20 while Red Excitement was a winner at Rosehill last Saturday week over 1900m.

“Red Excitement works like a much younger horse,” Ryan said.

“He really loves it. I don’t know how much longer he will keep racing but he certainly loves life in the stable and shows no signs of wanting to stop.

“As soon as he does, we will retire him. It has become race-by-race with him.”

The gelding, who cost $32,500 as a yearling, has won more than $1.2 million from his 60 starts which have netted 14 wins and 16 minor placings including his high-profile second to Winx in the 2017 Chelmsford Stakes.

Josh Parr rode Red Excitement to lead by as much as 10 lengths and it literally took a champion to run him down and win by a length.

His main rival on Saturday, Exoteric won the Port Macquarie Cup before his Randwick win and will again be ridden by Tommy Berry who was aboard for those victories.

Although he has not raced for a few weeks he showed his fitness with his third in a barrier trial last Friday.

“He seems to have gone to a new level since winning the Port Macquarie Cup,” Waller said.

“Obviously he is noticeably coming back in distance but Tom Berry certainly found the key to him and from barrier two he will be very hard to beat again.”