Red Excitement After Another Rosehill Win 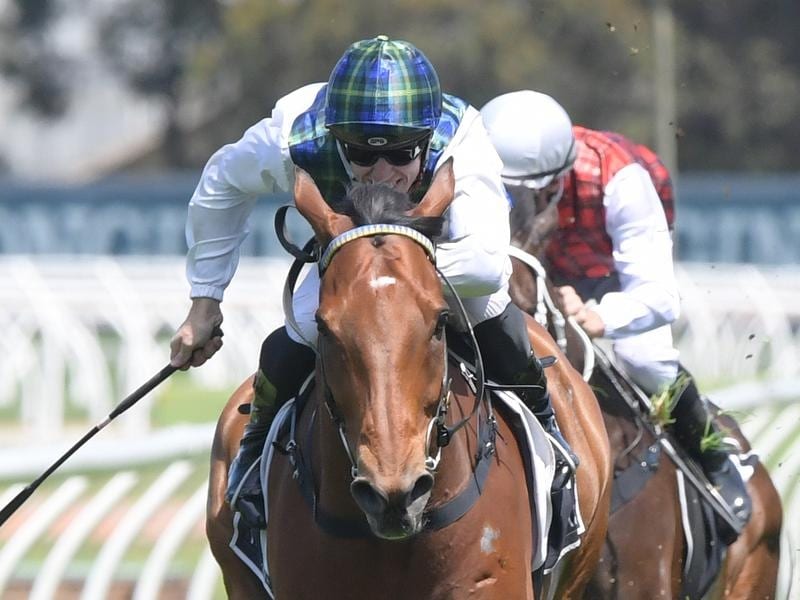 As he prepares to welcome talented sprinter Deploy back to racing, trainer Gerald Ryan will send veteran Red Excitement to the track knowing he is in the twilight of his career.

As soon as the nine-year-old shows any signs he is not enjoying his racing, Ryan and his owners will pull the pin.

But if Red Excitement’s current demeanour is anything to go by, that is a while off yet and he will run in Saturday’s November Topaz (1900m) at Rosehill off the back of a win over the same distance on November 3.

“With Red Excitement it is a race by race thing,” Ryan said.

“But if his two work-outs since his win are anything to go by, he still enjoys it and he loves being in the stable.

“The moment he shows he’s had enough he will be retired but we’ll keep him going until then.”

Josh Parr will again be aboard Red Excitement who is one of 12 entries taken on Monday for the race.

The gelding, who has won more than $1.2 million, is one rating point behind Group One winner Sense Of Occasion trained by Kris Lees.

The Chris Waller-trained Life Less Ordinary is entered for both the Topaz and the Eclipse Stakes (1800m) at Sandown.

Ryan, meanwhile, is planning to give Deploy a short summer campaign after the triple Group winner underwent surgery to remove bone chips, forcing him to miss the autumn and spring.

“He’ll trial at Rosehill next Monday and we plan to give him two races and then we will see what we do after that,” Ryan said.

Stable star Trapeze Artist is due back in Ryan’s stable this week to start preparing for an autumn campaign.

Last season’s champion three-year-old colt, Trapeze Artist was sent to the spelling paddock after his gallant second to Redzel in the $13 million Everest on October 13 on a heavy track, his least favoured surface.