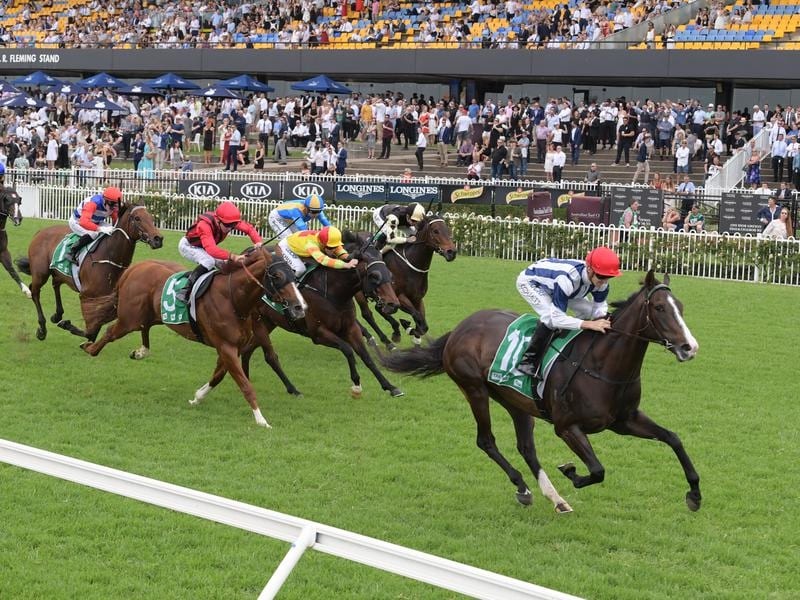 In a perfect world, Cradle Mountain would not be making his stakes race debut in the Razor Sharp at Randwick.

Trainer Clare Cunningham is more comfortable taking a conservative approach with her horses, but a lack of suitable races has forced her hand and Cradle Mountain will take his place in Saturday’s Listed 1200m-handicap.

“There are no 95 Benchmark races around, particularly in Sydney and we’re pretty much forced to have a crack at this grade,” Cunningham said.

“It’s exciting, obviously, but it’s going to be his toughest task.”

Cradle Mountain is building an imposing record with six wins from nine starts, two of those since returning from a severe hamstring tear suffered during a race at Scone in May.

For Cunningham, the relief of welcoming him back sound from each race is just as significant as his racetrack performances.

“His body is in a good place at the moment,” she said.

“The track was pretty firm, it was a three last time he raced and won, so he was a little bit ‘jarry’ but he seems to have worked out of that.”

Despite the infancy of her training career, Cunningham has had a taste of black-type racing with Just Shine finishing third in the Group Three Newcastle Cup in September.

She says winning a stakes race is among the goals she has set herself.

“That’s one on the ‘to do’ list. I was hoping to try to get it within the first three years so we’ll see how we go,” Cunningham said.

Cradle Mountain will be ridden by Cunningham’s partner Jason Collett, an integral part of the stable’s operation.

While she would have liked to wait a little longer to see Cradle Mountain take on the likes of Group One performers Deploy and Fell Swoop, she says she and Collett are excited about the horse’s future.

“We know we haven’t reached the bottom of him yet,” Cunningham said.