Rawiller peach hands Think It Over the Queen Elizabeth Stakes 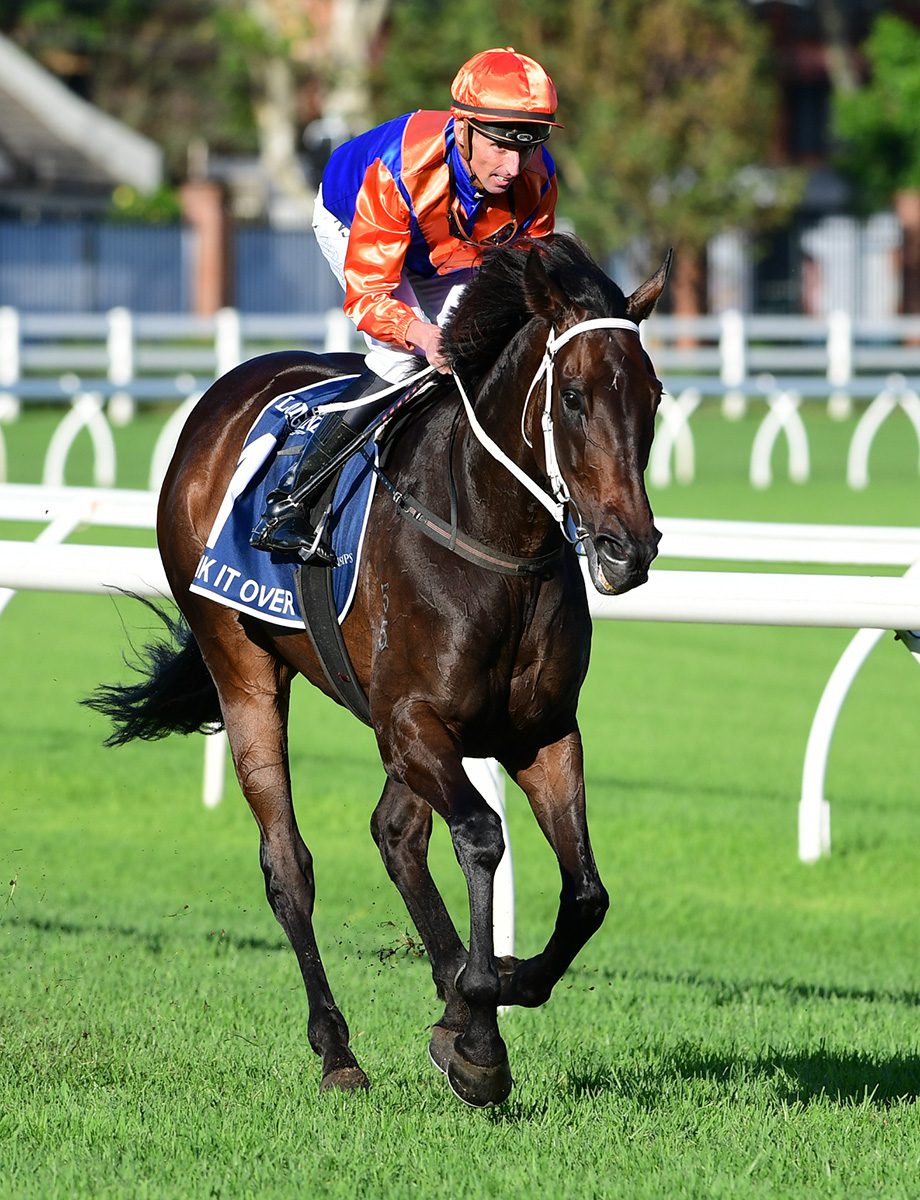 It was only fitting that the race of the century was won by the “ride of the century”, which is exactly what Greg Radley coined Nash Rawiller’s The Championships had been highly anticipated by everyone with half a clue, and it did not disappoint, with a tactically brilliant ride from Nash Rawiller causing a boilover in the 2000m feature.

Headlined by Verry Elleegant, Zaaki, Anamoe, Duais, Montefilia and two other Group 1 winners, including Think It Over, Rawiller pulled his rivals pants down as he came to the extreme outside running rail on the $39 chance.

While Zaaki looked to have the feature race shot to pieces at the 400m, Think It Over found another gear to rally again late and beat the All-Star Mile victor, while the two bolters of the field – Mount Popa and Dalasan – finished third and fourth respectively.

Despite Zaaki kicking clear at the top of the straight, Rawiller was confident he still had the right horse beneath him to get the job done.

“I still knew I was in the race because I hadn’t really had to feel for him,” the winning rider said.

“I still had him on the bridle, but I knew he was going to give. He’s just that sort of horse. Even that time when it was wetter he’s probably got beaten two lengths behind the great mare (Chipping Norton behind Verry Elleegant).”

While the tactic to come to the outside fence seemed unusual to most, Rawiller said he trotted down to the barriers on the outside fence earlier on in the day, so it was in the back of his mind throughout the race,” he continued.

“I trotted down the outside fence going to the barriers on one of them earlier in the day and thought ‘I’ll keep this up my sleeve for later’.

“Even coming down the side there I was sitting off the fence. We just tried to keep him in clear ground. I thought he was going to run a good second, but when he hit that fresh patch of grass, away he went.”

Winning trainer Kerry Parker said that his six-year-old gelding always tries hard, so despite the unfavourable conditions, he was confident his galloper would put in a big performance.

“My only option was to go out there positive and let the horse do the work and just rely on his guts and will to win,” he said.

“Obviously it’s just a little bit better on the outside. Very proud of him, sensational.

“We come here today, I said to the guys ‘we haven’t given up the ghost just because it’s wet and we can’t win.’

“We know this horse tries so hard and so does Nash and just the team is overwhelmed.”