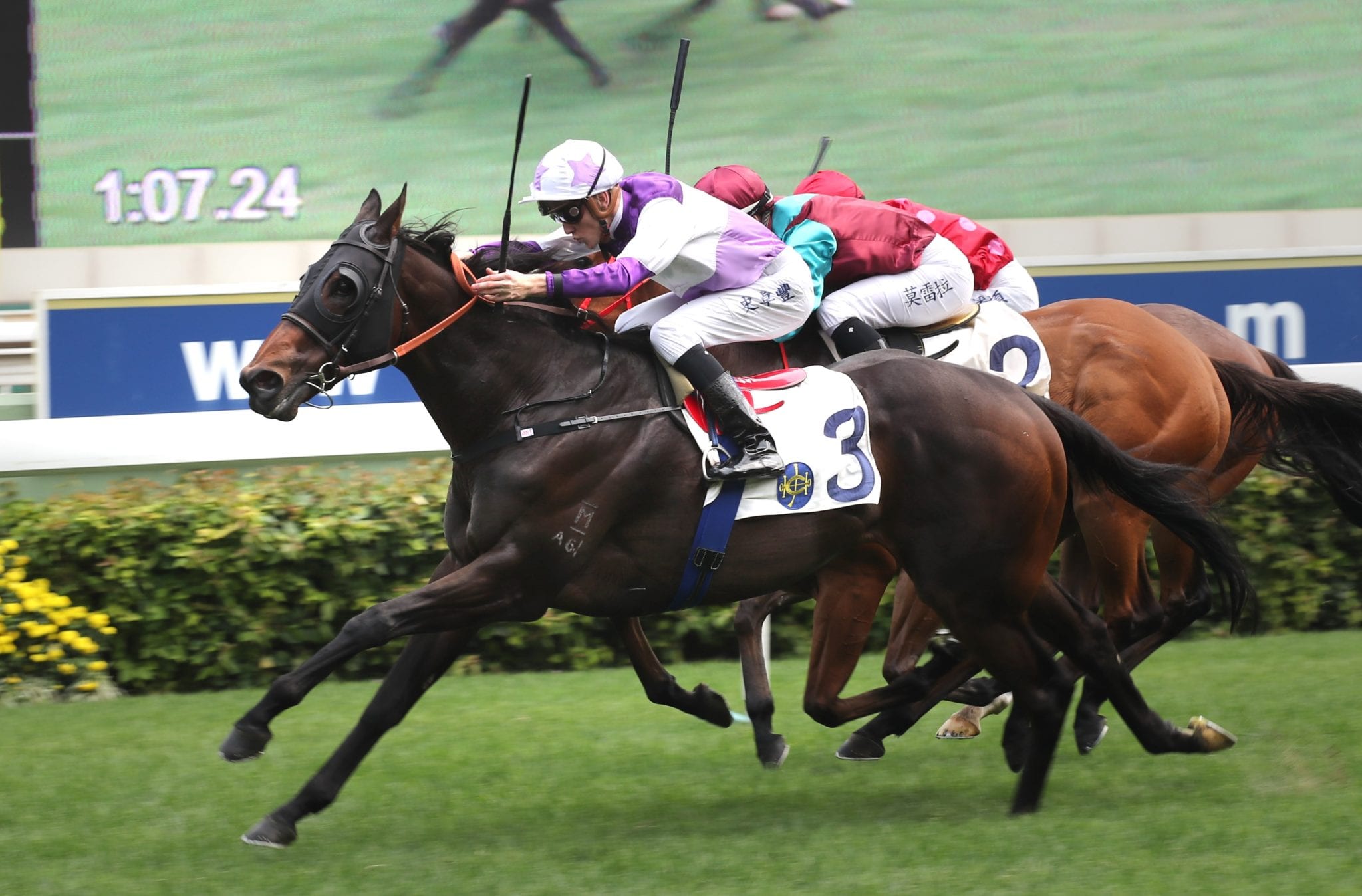 Richard Gibson is unperturbed by the outsider labels tagged to his stable stalwarts Rattan and Wishful Thinker as they stride into Sunday’s (19 January) two Group 1 features at Sha Tin Racecourse with eyes fixed on snagging a share of the lucrative prize fund.

“They’re both in really good nick,” Gibson said. “We’ll take our chance in both events as outsiders.”

A win for either Gibson runner would be a turn-up but the Englishman – who has already bagged a notable career haul of Hong Kong majors – would not be surprised to see his pair run well in races in which he has had a big say previously. Four years ago the stable’s Giant Treasure carried off the Stewards’ Cup and Gold-Fun pocketed the runner-up cheque in the Centenary Sprint Cup.

Rattan will attempt to emulate Giant Treasure, although the six-year-old will be stepping out over a mile for the first time in 14 months, having joined the top echelon of Hong Kong’s sprint ranks through the latter part of last term.

“We’ve chosen to go back to the mile,” Gibson said of Rattan, who finished a below-par 10th in the Group 1 Hong Kong Sprint (1200m) last time.

Rattan has raced prominently over sprint trips in recent times but made his name ascending the handicap ranks with come-from-behind surges in races from 1400m to 1800m. The Savabeel gelding heads in off a 1200m barrier trial that saw him close from 11th to third.

“I was very happy with his trial the other day, riding him cold,” Gibson said. “He’ll be ridden in a similar manner on Sunday and we’ll see if we can pick up some place prize money.”

Wishful Thinker will line up in the Centenary Sprint Cup off a strong 1200m (dirt) barrier trial last Friday, when he finished ahead of all including Beat The Clock and Beauty Generation.

“It was quite impressive,” Gibson admitted.

The handler, though, is of the opinion that the Australian-bred – a length and a half sixth in the Group 1 LONGINES Hong Kong Sprint last month – might shine brightest over a furlong more than Sunday’s test.

“I think his best chance in a Group 1 is going to be over 1400 metres, which is in a month’s time in the Queen’s Silver Jubilee Cup,” he said.

“He’s a fantastic physical horse, he’s obviously done very well in Hong Kong but my gut feeling says 1200 metres in this Group 1 class is still a big ask. He’s in terrific shape but I’d prefer to see him over 1400m.”

Christophe Soumillon flew in to partner Giant Treasure and Gold-Fun back in 2016 and the Belgian ace will make the trip to ride Wishful Thinker this time. Vincent Ho is expected to partner Rattan.