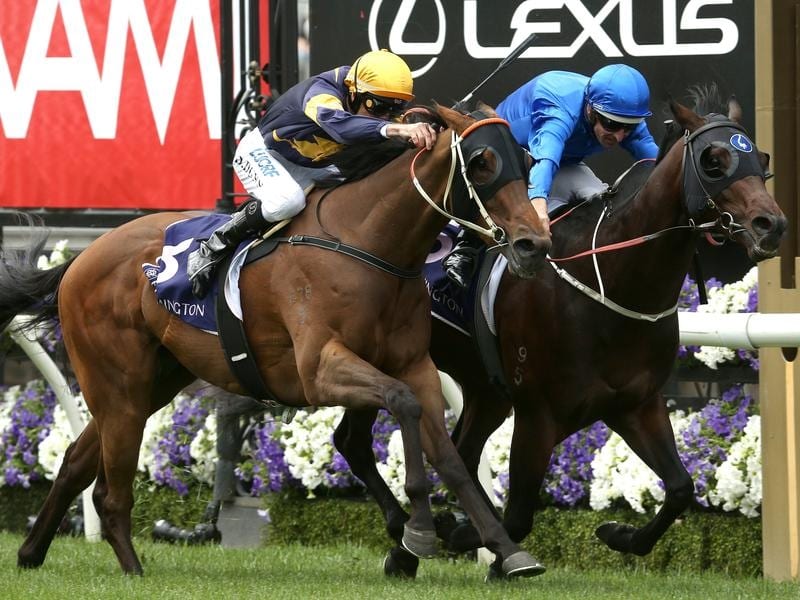 James Cummings has Group One aspirations for Ranier after the Godolphin-owned colt landed a second stakes victory at Flemington.

After breaking his maiden status at Caulfield, Ranier returned to Flemington to claim the Group Three Carbine Club Stakes on Saturday.

While Cummings doesn’t like making decisions on raceday, he said the colt was likely to be spelled and aimed at the Australian Guineas in the autumn.

“He hasn’t run a bad race for us but three starts ago he was a colt that hadn’t won a race,” Cummings said.

“He’s now put those two decent stakes races together and he’s won a time-honoured race in the Carbine Club today.

“I don’t think we’re out of our depth setting him for a race like the Australian Guineas back here in March.

“The Carbine Club Stakes has been won by some great horses in the past and that puts a huge rap on this colt.”

Bowman said he wasn’t convinced after Ranier won at Caulfield two starts ago whether he would run out a strong 1600m.

“But James had it in his head that he wanted to test the horse at this distance,” Bowman said.

“It’ll open up so many options for him in the autumn.

“He’s matured so much. He deserved the win today.”