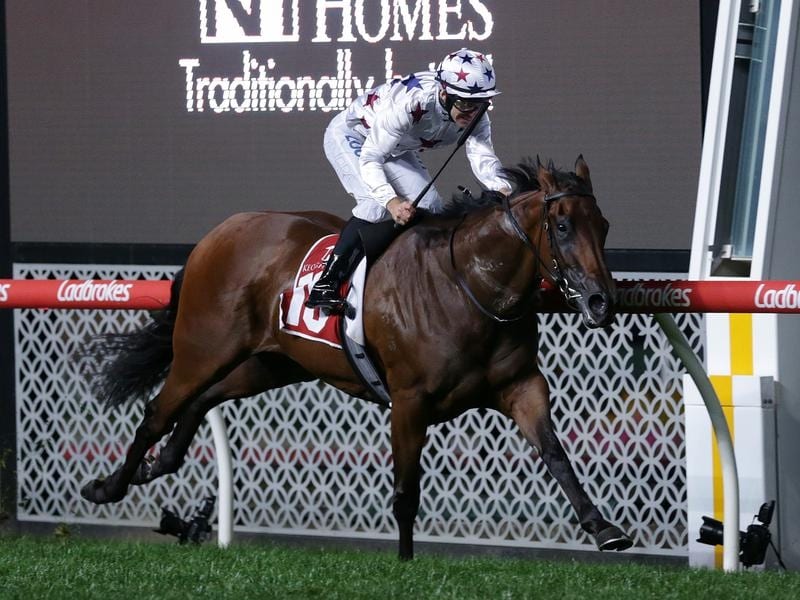 Star three-year-old Sunlight is set to gallop at Randwick ahead of her next attempt to add to her Group One record but her trainer Tony McEvoy is wary about the weather.

Already a three-time Group One winner, Sunlight is being aimed at Saturday’s TJ Smith Stakes (1200m) at Randwick.

But a start in the race is dependant on the weather as McEvoy does not want to risk the filly on significantly wet ground.

Sunlight was sent to Sydney last week and did some striding work at Warwick Farm on Saturday having pleased the stable since her latest Group One victory in the William Reid Stakes at Moonee Valley on March 22.

“I’ll head up to Sydney on Monday and we’ll take her to Breakfast With The Stars at Randwick on Tuesday morning and then make a decision on what we do,” McEvoy said.

“I think we’ll accept because it can change so quickly and you have to accept so far out.

“I’m keen to run her but I’ve got to watch the weather.

“I don’t want to run her on bottomless ground when there’s a million dollar race a week later.”

The past three feature Saturday meetings at Rosehill have run on heavy tracks with rain forecast late in the week.

McEvoy said there were other races in Sydney during The Championships with the Group Two Arrowfield Sprint (1200m) against her own age a suitable option.

Sunlight would carry 54kg in the set weights race and McEvoy has not ruled out running the filly in Adelaide before giving her a spell.

“We don’t have to run in the TJ, even though it’s the race we want, as there are other options,” McEvoy said.

“We’ll see what happens in Sydney because I can take her back to Adelaide for the Sangster Stakes (May 4) on the way home for a spell.”

Sunlight is currently rated an $11 chance in the TJ Smith with Osborne Bulls and Trapeze Artist sharing favouritism at $5 ahead of Pierata, Redzel and Santa Ana Lane at $8.