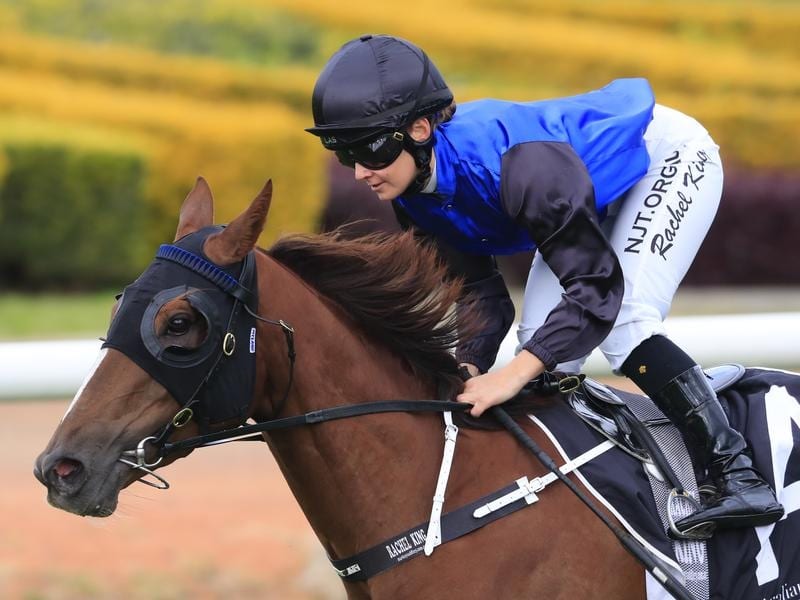 A chance to test the waters in an off-season stakes race has been the impetus behind Mark Newnham’s decision to campaign promising mare Fulmina over the summer.

A four-time winner from just 11 starts, Fulmina will tackle Saturday’s Sky Racing Active Handicap (1600m) second up after she returned with an eye-catching third to Too Big Fari at Rosehill last month.

Provided she performs to expectations, Fulmina’s next start will be in the Group Three Belle Of The Turf Stakes at Gosford on December 29.

“If she is going to get to a better level she has to A, get her rating up and B, she has to prove she is that good,” Newnham said.

“It’s a good opportunity at this time of year to test her in some off-season stakes races like the Belle Of The Turf.”

Fulmina, who boasts a maiden victory over subsequent Group One Australian Oaks and Golden Eagle winner Colette, was a $2.70 TAB fixed odds favourite on Friday.

Three of her wins have been on rain-affected tracks, giving Newnham cause to consider a Sydney autumn carnival campaign if she can measure up at her next two starts.

Stablemate Big Parade has long been slated for loftier assignments but Newnham’s immediate focus is to get him back in the winner’s stall.

Gelded prior to his last start, Big Parade will have another key gear change on Saturday with the blinkers coming off for the 1200 metre assignment.

Traditionally a horse who likes to dictate from the front, Big Parade will be given an opportunity to take a sit if circumstances allow.

“Previously he has led and won and as a colt, he had to be ridden that way,” Newnham said.

“It looks a fast race so it will probably give him a chance to be ridden off the speed and now he’s a gelding it’s a good opportunity to do that.

“He’s ready to run up to his potential. He’s always shown above-average ability but he just hasn’t been consistent, or consistently winning.

“The benefit is, now he’s a gelding, he’s a bit more genuine.”

A jockey prior to turning his hand to training, Newnham rides many of his horses in work and after warming the saddle aboard Big Parade last week, he is confident the horse is ready to win.

“I gave him a little jump out last Friday. I rode him myself and he went really well,” Newnham said.

“He did it pretty easy and he produced another nice piece of work on Tuesday.”