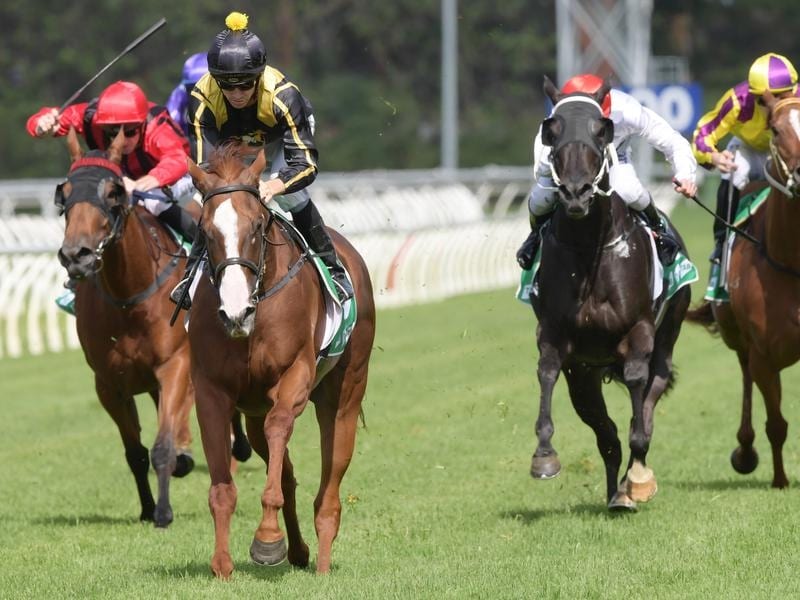 Gary Portelli would rather be sending Nicci’s Gold out at Warwick Farm on a soft track.

Instead the trainer will take the mare to Randwick on Saturday to race on the Kensington track which is likely to be firm.

Earlier this week, the meeting was switched from Portelli’s home track to Randwick amid concerns about the predicted high temperatures in south-western Sydney.

A last-start winner over 1400m on a heavy Warwick Farm track, Nicci’s Gold runs in the Australian Turf Club Handicap, shortened from 1600 to 1550m because of the start positions on the inside course.

“It’s annoying because you set them for a race and then it is changed,” Portelli said.

“And she has drawn wide. I had hoped she could draw softer so she could take up a spot.

“It seems on the Kensington track it’s hard to make ground in the straight.

“Where they are when they turn is usually where they finish.”

Despite Portelli’s misgivings, Nicci’s Gold is the second-elect in the TAB’s early market with the Matt Dale-trained Super Star Bob the early favourite.

Jason Collett will again be aboard Nicci’s Gold and is also booked for the Portelli-trained Above And Beyond in the 2019 Membership Handicap (1300m) with apprentice Sam Weatherley to ride stablemate A Million Dreams in the same race.

Above And Beyond ran third over 1100m on the Randwick course proper on Boxing Day while A Million Dreams had a win on the Kensington track over 1250m five days earlier.

“Above And Beyond ran well the other day and the other one won,” Portelli said.

“But Above And Beyond has drawn 11 and A Million Dreams two so it’s a mixed bag with the barriers.

“Like Nicci’s Gold I would have liked Above And Beyond to draw a bit closer.”

Unlike previous years, Portelli will not have a runner on Magic Millions day at the Gold Coast on Saturday week.

“I will certainly be going up for the sales but we won’t have any runners,” he said.

He will instead concentrate on getting Time To Reign ready for the Golden Slipper in March.

The colt is a sibling to the Portelli-trained She Will Reign, winner of the 2017 Slipper.