Quirky customer starting to hit his straps for Bidlake 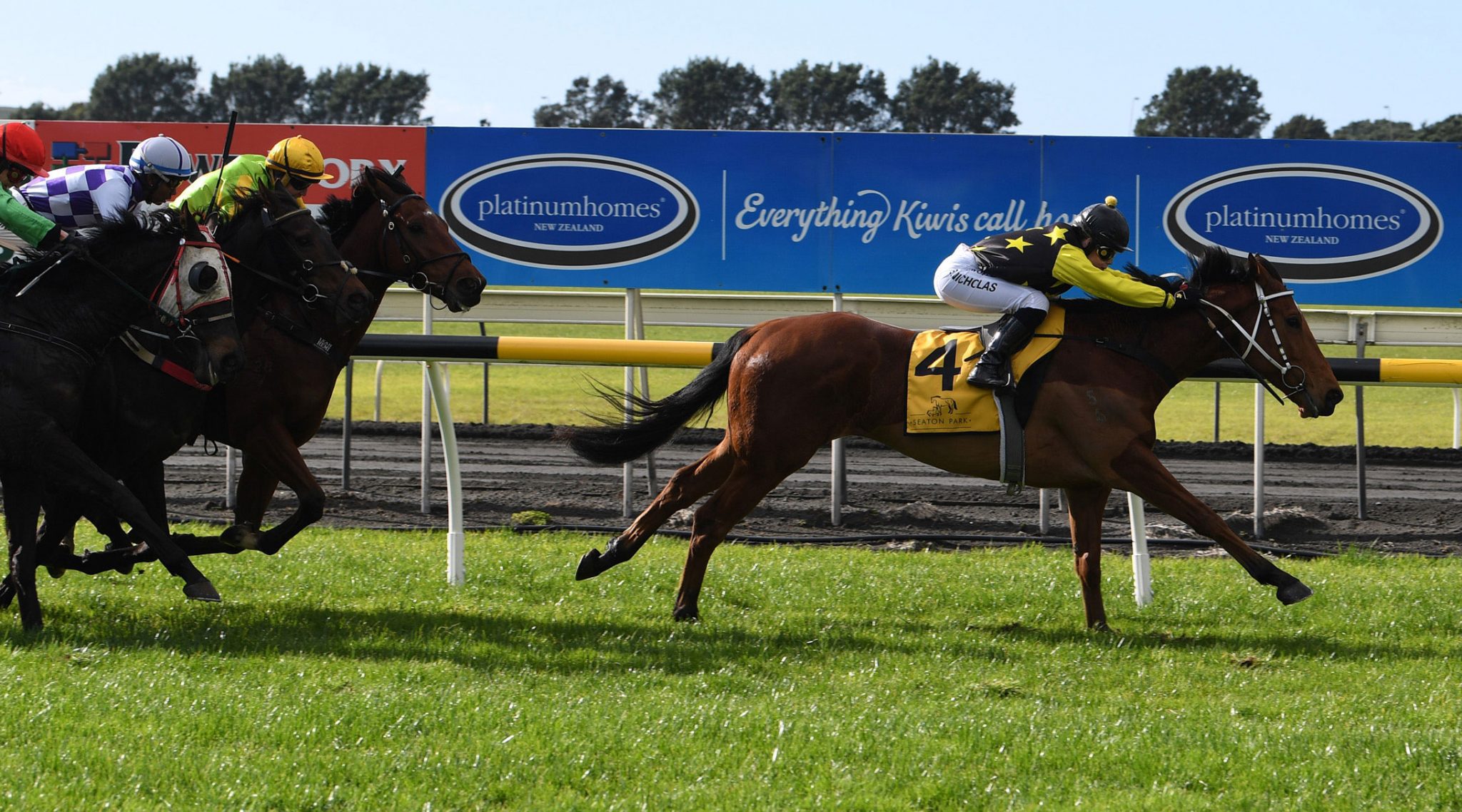 Trainer Aaron Bidlake is quick to point out he didn’t take much of a shine to gritty four-year-old Rocktilyoudrop when he first showed up at his Opaki stable.

Originally prepared at Cambridge by Ralph Manning, the Rock ‘N’ Pop gelding was purchased by Bidlake off gavelhouse.com on the recommendation of friend Shaun Phelan, who had broken him in.

Arriving at Bidlake’s operation shortly before the COVID-19 lockdown in March last year, Rocktilyoudrop immediately tried to escape his surroundings and gave Bidlake a torrid time.

All was forgiven however, when Rocktilyoudrop started to show his true potential on the track and on Saturday he made it back-to-back victories when he led throughout over 1800m at New Plymouth.

“He’s a real character this guy and we certainly didn’t get off to a good start when he tried to escape his paddock when I first got him,” Bidlake said.

“Shaun Phelan had recommended him to me, so I think I paid around $800 for him on gavelhouse.

“Luckily it was just at the start of the COVID lockdown and I took him home and he started to settle down a bit.

“We gave him a couple of runs on tracks that were too firm for him, but once he got on to the true winter tracks, he has done nothing but improve.

“He won his maiden at Waverley and then backed that up on Saturday with another good performance, so I think he is a pretty handy winter galloper.

“He’s rising five and should be at his peak next season.

“He doesn’t have much of a sprint on him, but he just keeps going, so I actually think in the long run he could make a fairly handy jumper.”

Bidlake knows a thing or two about the jumping game having prepared Eric The Viking to win both the Wellington Steeplechase (5500m) and the New Zealand Grand National Steeplechase (5600m) during a lengthy career that saw him win nine of his 90 raceday starts.

“It was quite special to get a win on the same day that old Eric had won the main race back in 2010,” Bidlake said.

“Things are a bit different these days as I’ve only got three in work at the moment, so I’m hoping this bloke might attract a few more horses to the stable.

“It was also neat to have Mum and Dad in the ownership of this guy as it is the first time they have had a winner and they’re getting a real kick out of it.

“There are a few of their friends and a couple of my mates involved, so I’m hoping he has got a few more wins in him for us all.

“I think there is a similar race to Saturday back at New Plymouth next month so that’s where he will be aimed for, as long as the tracks stay wet.”