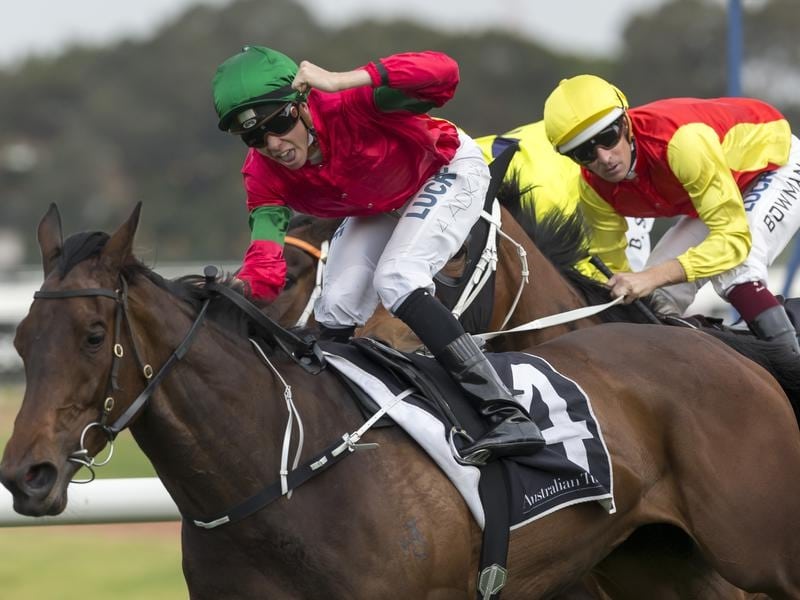 But in Daysee Doom and Dixie Blossoms he has the perfect advertisement for his talents as a horseman.

“They’ve been the backbone of the joint for the last three seasons,” Quinton said.

“Daysee has won over $1 million and Dixie’s not far off it. Along with (sprinter) Boss Lane they’re the stalwarts of the stable.”

Dixie Blossoms will join Daysee Doom in the $1 million club if she can finish first or second when the pair clash in the Group Two Golden Pendant (1400m) at Rosehill on Saturday.

She was narrowly beaten by her stablemate in the corresponding race last year before reversing the placings a start later in the Angst Stakes.

Dixie Blossoms proved she had again returned in top order with a first-up third behind Comin’ Through and Tom Melbourne in the Tramway Stakes, a result Quinton said could have been even better.

“She was fantastic. If she didn’t get that hefty bump on the turn I believe she would have won,” Quinton said.

Dixie Blossoms drops back to fillies and mares grade in the Golden Pendant while Coolmore Classic winner Daysee Doom heads to the race two weeks after finishing midfield on a heavy track in the Sheraco Stakes.

Their rivals include Princess Posh who will back up in the Golden Pendant after winning the Tibbie Stakes at Newcastle last Friday.

Trainer Kris Lees could find no reason not to run Princess Posh and said the mare had thrived despite a lengthy campaign that began in March.

“She’s had a lot of racing but she’s handled the Tibbie win really well. She’s nice and bright and there’s not a lot of options around for her so it was an obvious choice,” Lees said.