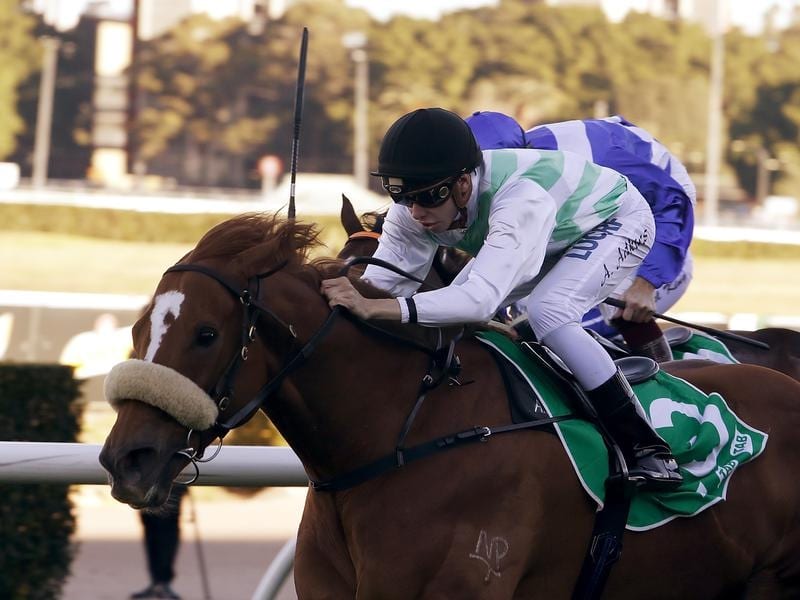 Ron Quinton-trained sprinter Boss Lane will need to prove he still wants to be a racehorse when he chases his first win in almost two years in the June Stakes at Randwick.

Having already undergone a significant changing of the guard at his stable with the recent retirement of Group One winning mares Daysee Doom and Dixie Blossoms, Quinton is resigned to the fact Boss Lane will join them sooner rather than later.

Like the two mares, the eight-year-old gelding has been a mainstay of Quinton’s Randwick yard for several seasons winning nine races and notching a handful of stakes placings, the most recent behind Le Romain in the Group Three Show County Quality last winter.

But after a couple of average efforts over the spring and summer, Boss Lane again raced below his best when he finished down the track behind Saturday’s June Stakes rival Deprive at Randwick last month.

Quinton has not given up on Boss Lane just yet but concedes he wants a more competitive showing over 1100m this weekend or the horse’s career will be at the crossroads.

“If he doesn’t run great we might have to start thinking about his future,” Quinton said.

“He’s not getting any younger. But he’s a lovely old horse and he’s been a great servant.

“He only ran fairly the other day but he didn’t have a lot of luck either. He was four-wide all the way.

“I would have liked the track to have had a bit more give in it too, but I had to run him because he’s hard to place now.”

Boss Lane is likely to be presented with more suitable track conditions at Randwick with the surface rated in the soft range after rain in Sydney.

The consistent Call Me Royal will tackle the Nathan’s Famous Handicap (1200m), while Statuesquely makes the transition to Saturday grade when she steps up to 1800 metres in the Bradley Photographers Handicap after successive wins on provincial and midweek circuits.

“Statuesquely is a nice, progressive type and she’ll continue to improve over further,” Bott said.

“She’s doing a great job for her first prep.”