Ljungberg Could Chase Another Randwick Win 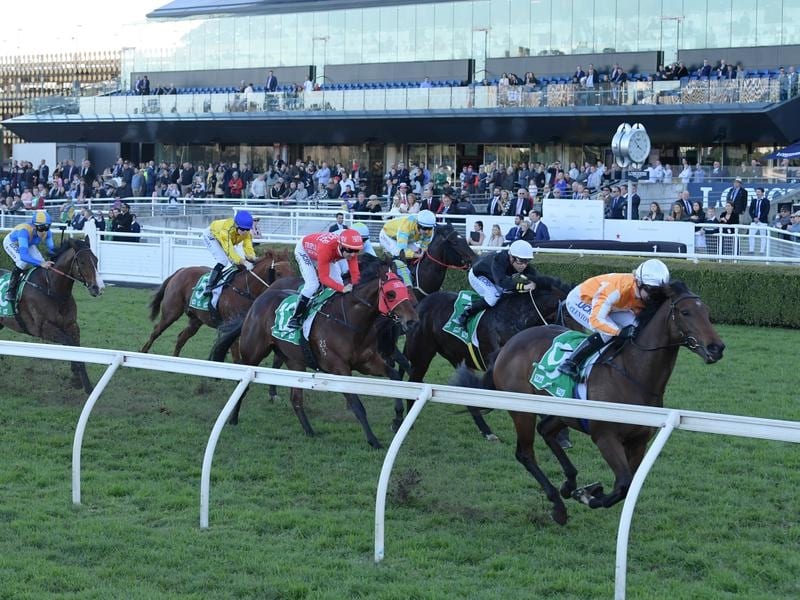 Trainer Ron Quinton will weigh up whether three-year-old Ljungberg chases back-to-back wins on his home track at Randwick or waits another week for a race at Rosehill.

Ljungberg won a 1300m-benchmark 78 on a heavy track at his most recent start at Randwick on July 6 and is among 14 nominations for Saturday’s 1400m benchmark 88 race at the same track.

“He is nominated so at this stage he will probably run,” Quinton said.

“If not he will probably run the following Saturday. We’ll just see how he works tomorrow before we make any final decision.

“There’s the same sort of race the following week at Rosehill over 1350 metres. But he likes racing at home so he will more than likely run on Saturday.”

Ljungberg’s last-start Randwick win came at the third start of his current preparation after he had finished a close third at Rosehill.

The Randwick win was the gelding’s third in town from his 10 starts and he is now poised for a rise in grade.

“He’s no superstar but he’s a handy horse,” Quinton said.

“He has won three races in town now and when they are honest and consistent they pay the penalty in the benchmark ratings, which he has.

“He has gone up five points (from 73 to 78) for winning last start so that puts him into a higher level now, so he’s got to raise the bar himself now too.”

Nominations for Saturday’s race includes the Matthew Dale-trained filly Notation who is unbeaten so far this preparation from three starts.

Last year’s Wyong and Newcastle Cups winner Carzoff from the Chris Waller stable heads the weights for Saturday’s Eremein Handicap (2000m) with 60.5kg and he is also nominated for a 2000m handicap in Melbourne at Flemington on Saturday.

Carzoff has had his first two starts this preparation in Melbourne.