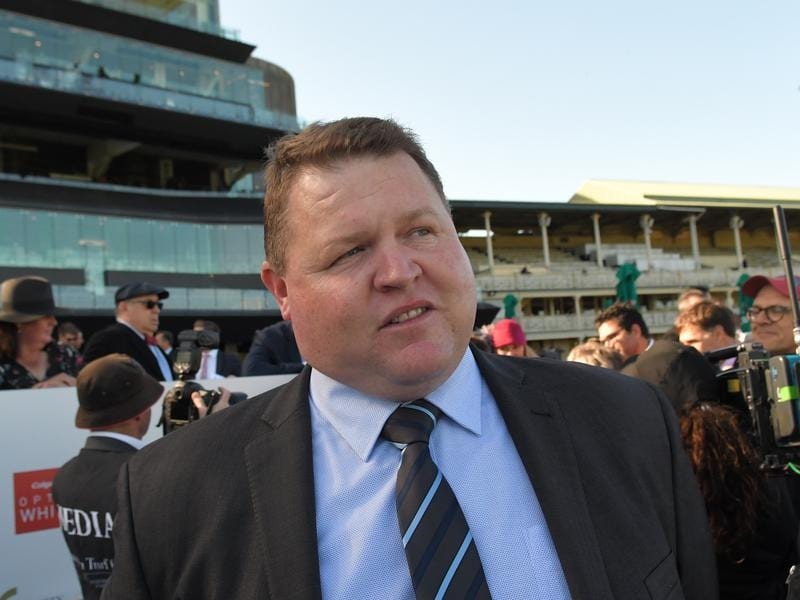 The Villiers Stakes has been a happy hunting ground for Queensland trainers in recent years, a trend Steven O’Dea is hoping to continue.

O’Dea will saddle up Doubt Defying who will bid to become the third Queensland-trained winner of the Villiers (1600m) in the past five years, following in the hoof prints of Rudy in 2014 and Crack Me Up 12 months ago.

“These up-and-coming horses from Queensland can definitely measure up to this sort of race so I’m pretty keen to run him Saturday,” O’Dea said.

Doubt Defying has won eight of his 18 starts and has a similar profile to both Rudy and Crack Me Up, the latter winning the Villiers Stakes at start number 20 and returning in the autumn to finish fourth to Winx in the Group One George Ryder Stakes.

While both Crack Me Up and Rudy had their final Villiers lead-up runs in stakes races in Brisbane, O’Dea has taken a different path with Doubt Defying.

After resuming with a win at Randwick in October – O’Dea’s first victory in Sydney – the horse travelled to Melbourne and showed his versatility to add the Sale Cup to his tally.

He then stepped up to Group One level in the Mackinnon Stakes and finished a gallant sixth to Trap For Fools before having a short freshen-up at the property of owners Aquis Farm.

He returned to O’Dea’s Queensland base three weeks ago and has been prepared for the Villiers with a barrier trial last week and a searching trackwork gallop at Doomben on Tuesday.

“He’s five weeks between runs now but he does like to have his runs spaced a little bit,” O’Dea said.

“He’s had that tough run in Group One company at weight for age over 2000 metres and coming back to a handicap over the mile, I think it’s definitely going to be a really suitable race for him.”

And having tasted stakes success in Sydney, O’Dea is keen for more.

“The day he won at Randwick, we also won the Roman Consul that day too (with Sesar) so we were able to get our first Sydney winner and our first Sydney Group winner on the same day. It would be nice to add another Group win down there.”

A half brother to Doubt Defying, Sesar ran seventh in the Group One Coolmore Stud Stakes at Flemington.

A field of 15 will tackle the Villiers with markets headed by prolific winner Sky Boy.

Victorian Aloisia is the only mare in Saturday’s renewal and will be striving to become the first of her sex to win the race since Palacio De Cristal nine years ago.