Queensland target on the cards for Gobstopper 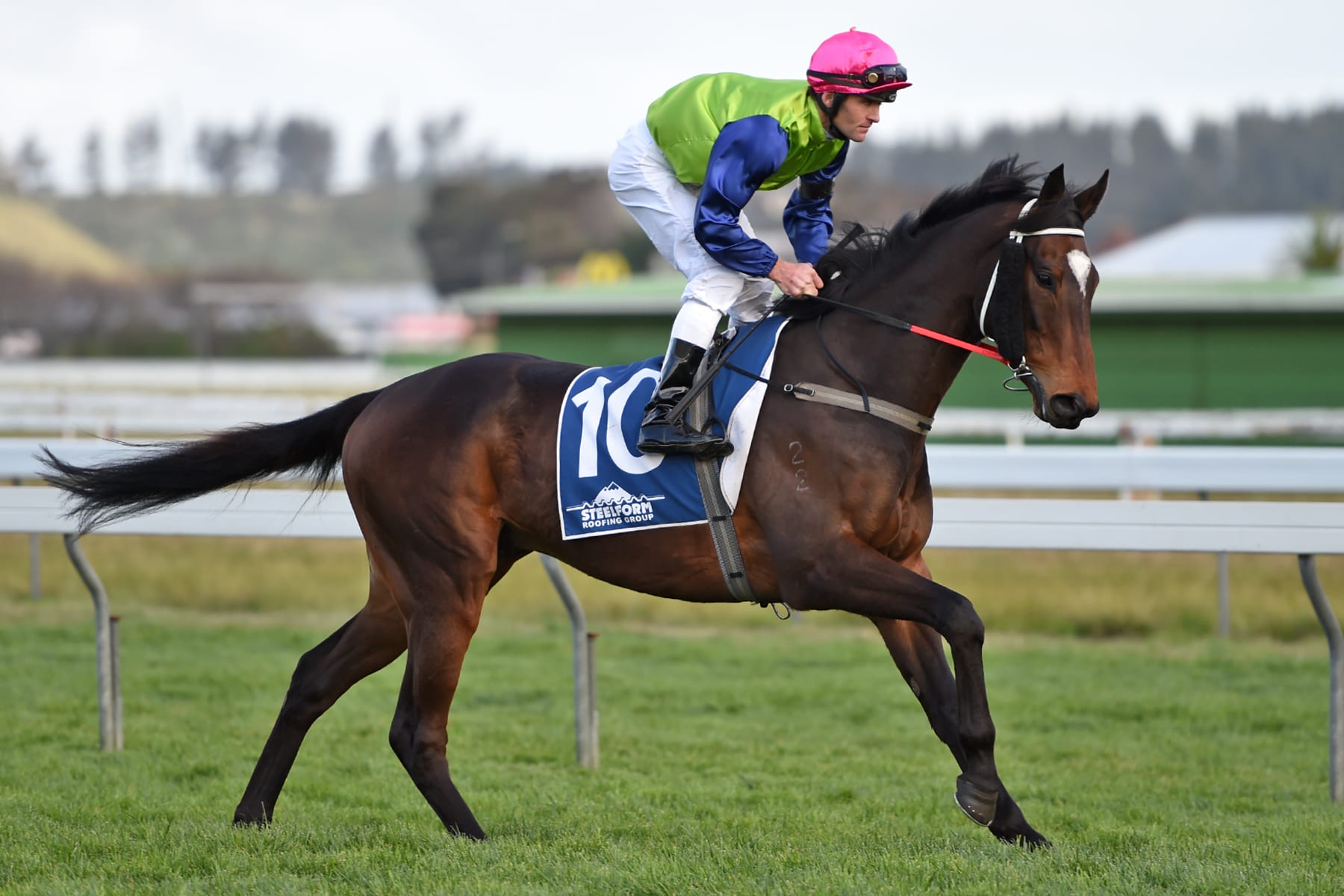 Quality stayer Gobstopper could be set for a trip across the Tasman if he performs well this weekend. The Andrew Campbell-trained gelding, who is entered for both Ellerslie and Wanganui meetings on Saturday, returned to form last start when runner-up to Zacada in the Group 3 Rotorua Cup (2200m).

The Group 3 New Zealand Cup (3200m) winner had been out of form since his win in the feature two mile race in 2017 and Campbell was delighted to see his gelding back to his best earlier this month. He has put his rejuvenation down to the introduction of jumping to his training routine by jumps jockey Emily Farr, who rides work for Campbell. “I was really happy with his run in the Rotorua Cup, he went really well and just got beaten by Zacada. It was good to see him back in form,” Campbell said. “He’s been jumping and had a hurdle trial before the race, which woke him up a little bit. “He’s been out of form for a good year or so, he got struck with a virus that went through the stable and he never really came back. “But he looks better this year and the jumping has certainly improved him.”

Gobstopper has drawn barrier six in the Thomsons Foodservice Cornwall Handicap (2200m) at Ellerslie on Saturday and barrier two in the Steelform Roofing Group Foxton Cup (2040m) at Wanganui. Campbell said a decision will be made on what path he takes after he speaks with part- owner Tommy Heptinstall, but he is leaning towards a tilt at the Foxton Cup where he will bypass Zacada. “The Foxton Cup is probably his go, but Tommy is in England at the moment, so I’ll have a chat with him and see what way he wants to go. “We were going to claim in that (Cornwall Handicap) anyway, so we would carry a lot less weight (than Zacada, who has been assigned 60.5kg), but he’s a good horse and we’ll miss him again. “What puts me off is there is another pacemaker there in the Cornwall, Valante always leads, so I don’t want them to be cutting each other’s throats. So it’s probably a better option, the Wanganui one.”

While Gobstopper was thriving with his work over fences, Campbell was toying with a change in direction with his charge, tipping a jumping debut on Monday. However, those plans were hindered when he missed a hurdle trial last week. “We missed the hurdle trial last Monday, he was just a bit off colour,” Campbell said. “But we have got his bloods right and we thought we would give him one more on the flat before making his (jumping) debut.” Gobstopper subsequently went to the trials at Cambridge on Monday where he finished second to Kaharau in their 1470m heat. “I was very happy with his trial on Monday,” Campbell said. “He had a good hit-out and did it pretty easily. “Kaharau just got up to beat us. He pulled up well, it was just a good blowout for him right next door to where I live, so it was as good as a track gallop. “He’s 100 percent heading into Saturday, I’m really happy and can’t fault him.”

While a jumps future could still be in the offing, if Gobstopper performs well on Saturday he could be set for a stakes target on the flat at Eagle Farm next month. “If he wins, and wins well, there is a race over in Brisbane on June 22 called the Tattersall’s Cup (Group 3, 3000m),” Campbell said. “It is run over 3000m and at the end of the carnival, so I am hoping it might be a bit weaker. That’s the dream anyway. “There is a flight next week and we could throw him on there and have one throw at the stumps. The prize will pay his way.” “If he doesn’t win, we will aim for a nice maiden hurdle somewhere along the way.”