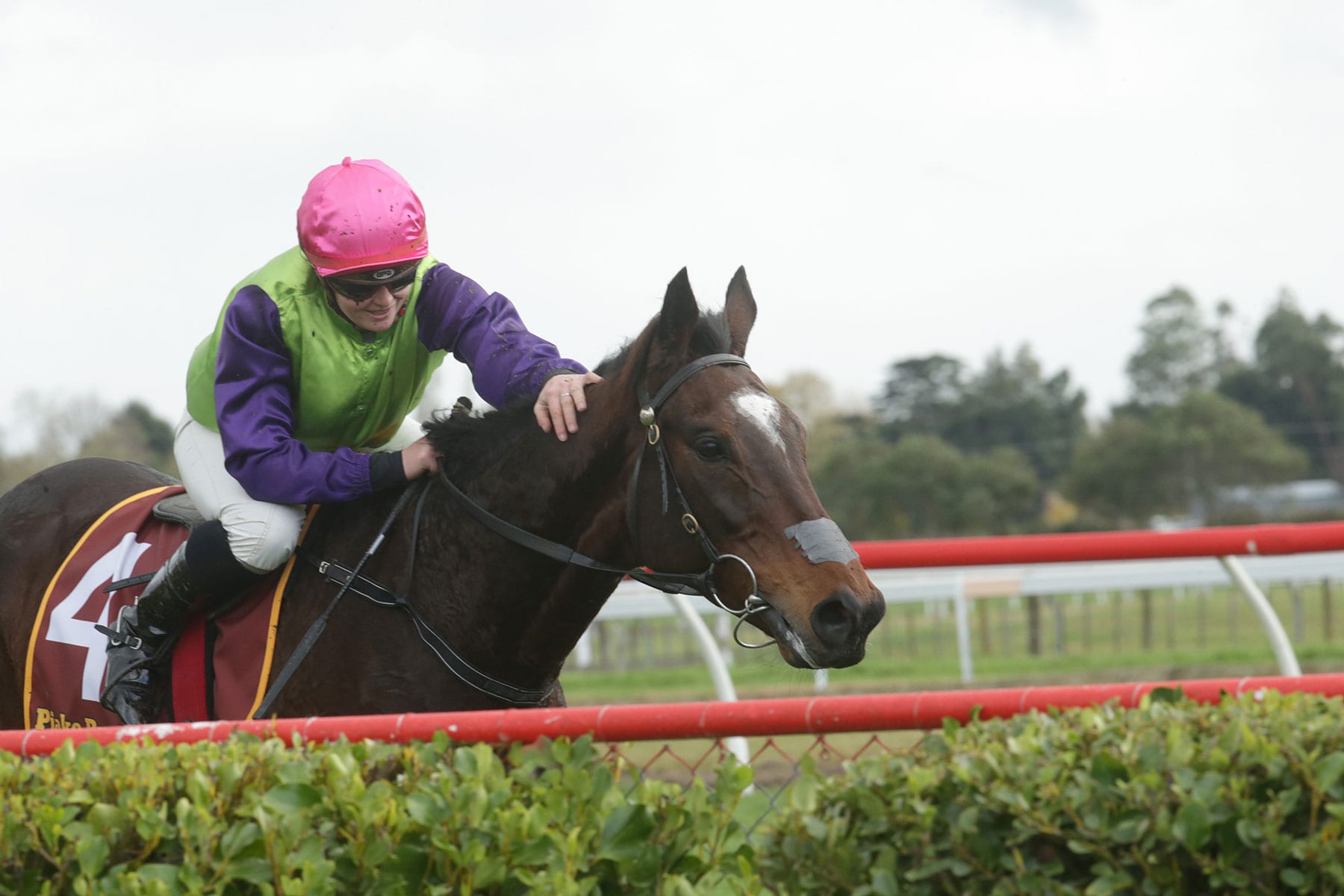 Emily Farr could be in for one of her biggest days in racing on Sunday when she partners in-form jumper Gobstopper in the Grand National Hurdle (4200m) at Sandown. It has been a rapid rise for the 2017 Group 3 New Zealand Cup (3200m) winner, who is undefeated in his two starts over hurdles, including a last-start victory in the Brendan Dreschler Hurdle (3500m) at Pakenham.

It took plenty of perseverance on Farr’s part to convince trainer Andrew Campbell to follow a jumps path this winter with the Tavistock gelding, but she eventually did, and that could pay big dividends on Sunday in the A$250,000 feature. “Andrew was against being a jumps trainer, so I have worn him down a bit,” Farr said. “Tommy (Heptinstall) the owner had been a bit disheartened about how he was going on the flat and they ended up saying do what you want. “I taught him to jump, which was great. I have had him from jumping the logs at the Cambridge track to jumping the hurdles, I gave him his first hurdle trial and start, it’s pretty hard to get me off now.”

Gobstopper thrived with his jumping education and it showed on the track, with the seven- year-old running into form for the first time in 18 months on the flat when finishing runner- up to Zacada in the Group 3 Rotorua Cup (2200m) in May. His talents over hurdles were seen for the first time at Te Aroha in June where he won his maiden hurdle by 13 lengths and impressed his connections enough to warrant an Australian campaign.

While Farr had every belief in Gobstopper, she admitted to being slightly nervous heading into his first-up run in Australia last start. “I was a little bit anxious going into it because I thought we had taken a big risk bringing him over and him only having one start (over hurdles) and one jumping trial, so he hasn’t done a lot of jumping,” she said. However, Farr needn’t have worried, with Gobstopper running away to a 2-1/2 length victory and showing he is adapting well to his new discipline. “It was good that I managed to get a sit behind Euroman around the big corner,” Farr said. “I let him stroll along the back, which is how he likes to run his races, and he made one mistake, but he learnt from it very quickly and flew the next one and put himself back in the race. “It was quite easy in the end, he won going away from them. He was quite impressive.”

Farr has also been pleased with Gobstopper’s attitude towards jumping and said his quirky personality has a lot to do with it. “He has impressed me from the start,” Farr said. “He has a bit of a bold and arrogant personality in him. Everything he does, he does with purpose, even if it’s track work. “His ears, even in his first run, they tell you quite a bit. He has always got pricked ears, he’s always so switched on in a jumps race now.”

Farr is pleased with Gobstopper heading into Sunday and believes he is in peak condition heading into his biggest jumping test to date. “I gave him a gallop on Wednesday at Cranbourne with Cochise and they went a really decent 1200m. He probably hasn’t galloped as good as that in a long time,” she said. “He’s so happy and pulled up really well. He is as fit as we could ever get him. “It’s kind of the same field (as last start) and a couple have been added in. I couldn’t pull him up after the Drechsler and I just can’t fault him at the moment.”

Farr has been ticking up the frequent flyer points in recent months, flying between New Zealand and Australia to take care of Gobstopper and fulfill riding obligations back home. The in-demand rider will do the same this weekend. She will fly back from Melbourne on Friday to ride Laekeeper and Macklemore at Riccarton on Saturday, before flying back that same day to partner with Gobstopper. It is a hectic schedule for Farr, but she believes her two rides in New Zealand are worth her efforts.

Laekeeper will attempt to make it back-to-back wins in the Racecourse Hotel & Motor Lodge Sydenham Hurdles (3100m) after taking out last year’s running of the race. “Laekeeper is very well,” she said. “I know he has only had two starts this year over fences, but he has done a lot of work at the beach. “I know 70 kilos is a bit of a lump, but he won it with 68kg last year beating Jackfrost and there is no Jackfrost in that field. “On ability he probably deserves to have the 70 kilos and I think he will still be very hard to beat.”

Macklemore will line-up in the Maneline (NZ) Safety Trackx Raceplates Maiden Steeplechase (3200m) and Farr expects a good showing given the feedback she has received from trainer John Wheeler. “John reckons Macklemore will go very well,” she said. “I think he has done a lot of work since he has been back from Australia, so he should be very competitive.”

Farr won’t be alone on her trip back to Melbourne on Saturday evening. She will be joined by fellow New Zealand jumps jockeys Matthew Gillies, Aaron Kuru, Buddy Lammas and her partner Shaun Phelan, who all have engagements at Sandown on Sunday.