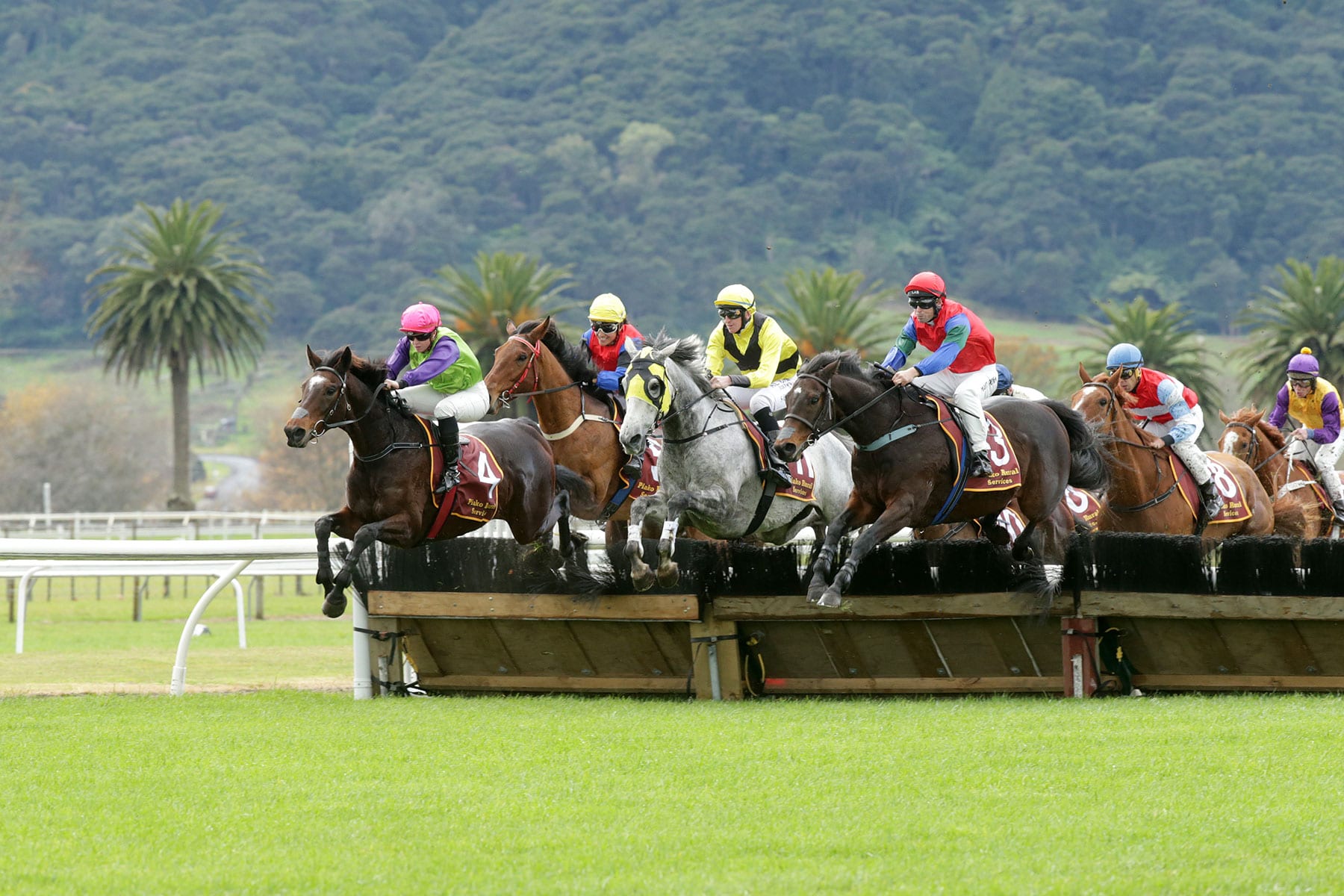 Gobstopper made an impressive start to his jumping career, winning his maiden hurdle at Te Aroha by 13 lengths last month, and his connections have elected to test his talents across the Tasman.

A proven galloper on the flat, Gobstopper won the Group 3 New Zealand Cup (3200m) in 2017, and trainer Andrew Campbell was pleased with his debut performance over fences, but admitted it wasn’t a particularly enjoyable experience to watch. “I knew he went alright and has the flat ability as well, winning the New Zealand Cup, but I was pretty pleased to see him win like that, it was pretty good in the end,” he said. “It was scary, but good. I had my heart in my mouth the whole way and coming into the last (fence) it was even worse. “I knew he had it in the bag but he bungled it. He stood up though, so that was the main thing. “We learnt a lot off that. He hasn’t jumped off a really heavy track like that before. He usually jumps a bit better than that and hopefully there is plenty of improvement left in him.”

The son of Tavistock is now set to fly to Melbourne where he will contest the Brendan Drechsler Hurdle (3500m) at Pakenham on July 21 before a potential tilt at the Grand National Hurdle (4200m) at Sandown on August 4. “He’s flying out on Sunday. We are staying in Cranbourne in Melbourne,” Campbell said. “He trials on the 12th (of July) and his first race is at Pakenham on the 21st. It’s over 3500m and is a $100,000 race. “Depending on how he goes, there is the Grand National Hurdles two weeks later at Sandown. “If he goes no good for some reason we will just send him home, but if he shows enough we will carry on for one more.”

Campbell will travel across the Tasman with Gobstopper and they will be joined by jockey Emily Farr after she rides at Te Aroha on Sunday. Farr will care for Gobstopper on their Australian campaign and Campbell said she and partner Shaun Phelan should take most of the credit for the gelding’s jumping success. “Emily and Shaun have done all the schooling,” he said. “They have taught him to jump and have done all the work, I take no credit whatsoever, I am just the name on the paper really. They are champion people. “Emily will be staying with him and riding him in the races. She knows him inside and out, so it works in great. I’ll just keep going back and forth.”

While Gobstopper’s immediate plans lie with jumps racing, Campbell is eager to get him back competing on the flat and is eyeing another Australian target with his charge. “He will have a maximum of two runs and then we will give him a break and probably try and get him to the Jericho Cup (4600m),” Campbell said. “There’s a race (on September 29) at Taranaki which would qualify him, so he will probably have one start prior to that and then if he won that we would go for the Jericho Cup in December.”