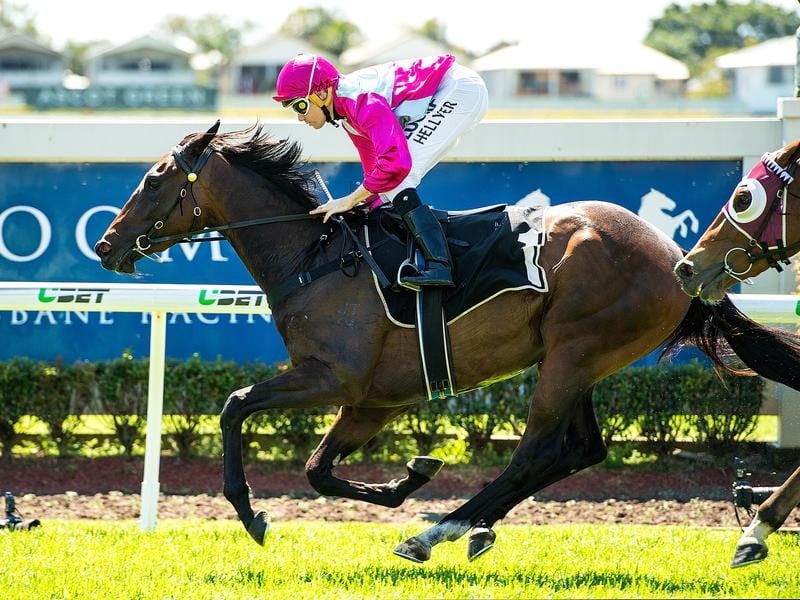 A string of wins in Queensland has earned Baccarat Baby the chance to take on Sydney’s best middle-distance fillies in Saturday’s Group One Flight Stakes at Randwick.

The three-year-old placed on debut at Doomben in February and hasn’t been beaten in five starts since, her latest win coming over Saturday’s 1600m journey.

Her record convinced Sunshine Coast-based trainer David Vandyke she was worthy of a Sydney raid.

“She’s kept stepping up, she’s won five in a row and most horses don’t win that many in their career,” Vandyke said.

“She deserves a crack at the big time and we know she’ll run the mile out strongly.” Vandyke knows the quality of filly required to compete at the elite level.

He trained Yankee Rose to finish second past the post in the 2016 Flight Stakes and while she was later disqualified for testing positive to an anti-inflammatory drug, it was one blip in a significant campaign.

Yankee Rose went on to win the Spring Champion Stakes at her next start and finished third behind Winx and Hartnell in that year’s Cox Plate.

Vandyke says Baccarat Baby isn’t in the same class as Yankee Rose but he believes she will measure up to stakes level.

“She hasn’t shown us as much as Yankee Rose but she’s a progressive type and if she doesn’t get a stakes placing on Saturday I think we can aim towards hopefully getting her one in the Brisbane winter carnival next year,” he said.

“But this trip will be good for her, it helps them grow up a bit after a trip away.”

Vandyke has opted not to book a local jockey for the Group One mount.

Instead, he has stuck with Michael Hellyer who has ridden the filly in four of her five wins.

“He’s done a lot of hard work behind the scenes for us. He’s a lovely guy and it’s a good opportunity for him to make his name in a Group One race,” Vandyke said.

The Kris Lees-trained filly will bid to emulate her dam Samantha Miss who won the corresponding race 10 years ago.