Queensland Cup Next For Azuro 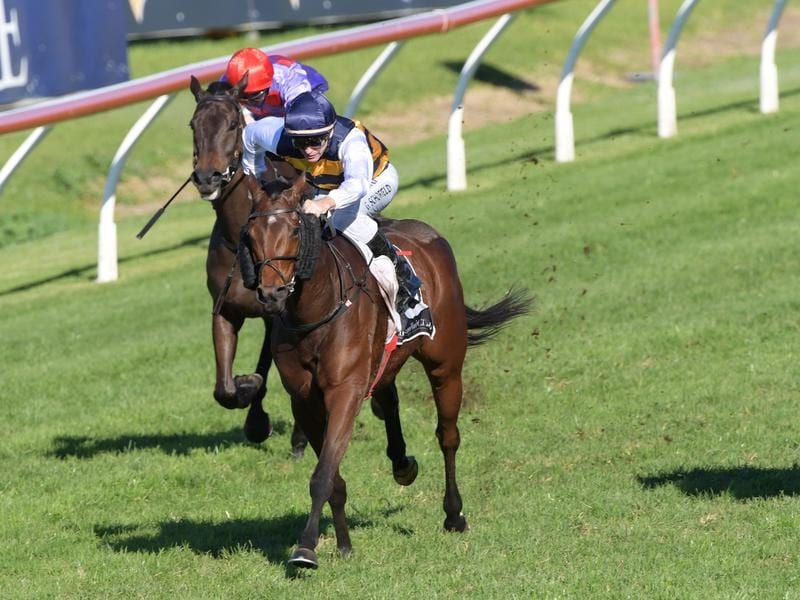 Having proven himself at 3200 metres, Azuro will be given the chance to add to his Stayer’s Cup win over the distance.

The gelding will head to Brisbane for the Listed Queensland Cup at Eagle Farm on July 20.

He won Saturday’s Stayer’s Cup at Rosehill with a sustained run down the straight.

At Azuro’s only other start over the distance he ran second to Yogi in the Listed Sandown Cup in November.

Annabel Neasham, who runs the Sydney stable for trainers Ciaron Maher and David Eustace, said the Queensland Cup was now a logical option.

“You don’t get much opportunity to run over two miles and he ran it strongly,” Neasham told Sky Sports Radio.

“He was very tough and he sustained it all the way to the line.

“The Melbourne Cup is a long way off but any horse who run two miles; you’ve go to think about it.”

The Sydney Cup and the Auckland Cup are the only other two Group One races apart from the Melbourne Cup over 3200m in Australasia.

The Queensland Cup is one of a few stakes races left over the distance.

Azuro is raced by an OTI syndicate which sources horses from Europe, mainly stayers, with a view to the Melbourne Cup.

Azuro is at $201 in the TAB’s Melbourne Cup market.