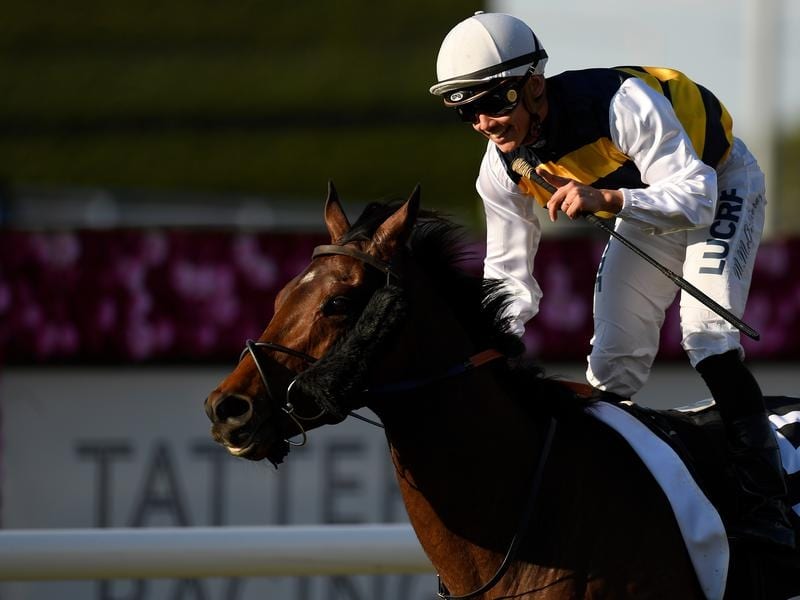 In form jockey Matt McGillivray showed how much he has matured as a jockey when he completed a great winter by winning the $200,000 Queensland Cup on Azuro.

McGillivray made it seven stakes wins for the winter when took the favourite Azuro ($2.70) to the lead at the 1600m and then turned the 3200m race into a true staying test.

McGillivray rode his first Group One winner on Winning Ways in the Queensland Oaks in May and his confidence has grown from there.

“I now know I can compete with the best riders. When they slowed down I decided it was time to roll along and Azuro responded,” McGillivray said.

Co-trainers Ciaron Maher and David Eustace have also been having a good 2019 and it was their 12th stakes race since the start of the year.

The figure includes five stakes wins in Brisbane including the Group One Doomben Cup with Kenedna.

The stable’s travelling foreman Lulu Stanton said it had been a team effort to get Azuro ready for the Queensland Cup after the gelding won the Sydney Stayers Cup last month.

“The Sydney team have been terrific and now Matt (McGillivray) has capped it off with a top ride,” she said.

“Matt rode placings for us in the Caloundra Cup and Grafton Cup so he deserved that win.”

Maher and Eustace also trained Lord Belvedere to win the main stayers’ race in Melbourne with the import labelled a spring chance.

Co-trainer Adrian Bott said Social Element had tried hard but the winner was too slick.