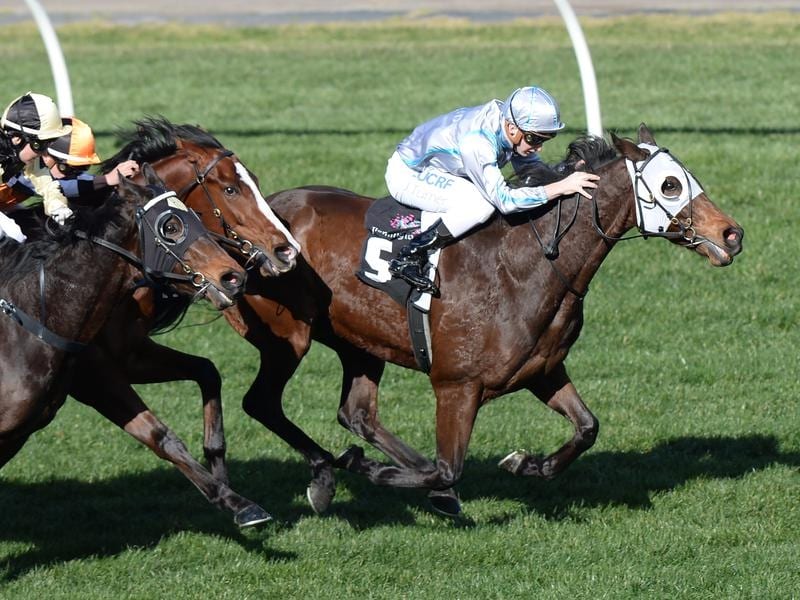 Brent Stanley has earmarked races during the Queensland winter carnival as targets for Bendigo Cup winner Red Alto but first the stayer will try to win the Easter Cup at Caulfield.

The Stanley-trained Red Alto steps up to 2000m for the first time this campaign in Saturday’s Group Three Easter Cup after closing strongly for third in the Golden Mile (1600m) at Bendigo in the second start of his preparation on March 30.

“It was a super run,” Stanley said.

“He got back and hit the line sensationally. In another 100 yards he probably would have won, so I was more than happy with his performance.

“He can run good races when he wants, Red Alto. He just needs things to go his way.”

Stanley indicated stepping straight to 2000m was a question mark but he is happy with the way the six-year-old is going and would not be surprised if the gelding makes his presence felt on his way to his main targets in his interstate campaign.

“If he gets the right run in the race he could easily win. He’s just not 100 per cent at his peak yet,” the trainer said.

“There’s probably a few races in Queensland for him that I’ve earmarked.

“Queensland is his main goal. He likes soft tracks as well so we’ll head up there with him.”

The Doomben Cup (2000m) and Brisbane Cup (2400m) are among the options, with Stanley to make a decision after Saturday whether the gelding heads straight to Brisbane for his next start.

“He’s a high-rated horse now so you’ve got to run in good races, and he’s a good horse,” he said.

“On his day he could win any of them so he will go to all those Cup races up there.”

The Easter Cup is one of two Group Three races on Saturday’s Caulfield card along with the Victoria Handicap (1400m).

The Anthony Freedman-trained Plein Ciel is the $3.10 Easter Cup favourite after his close third to Mahamedeis over 1600m at Caulfield last Saturday while Red Alto is at $16.

One of the leading contenders has been scratched, with the Golden Mile winner Haripour withdrawn on Thursday morning to instead contest Saturday’s Group Three JRA Plate (2000m) at Randwick in Sydney.