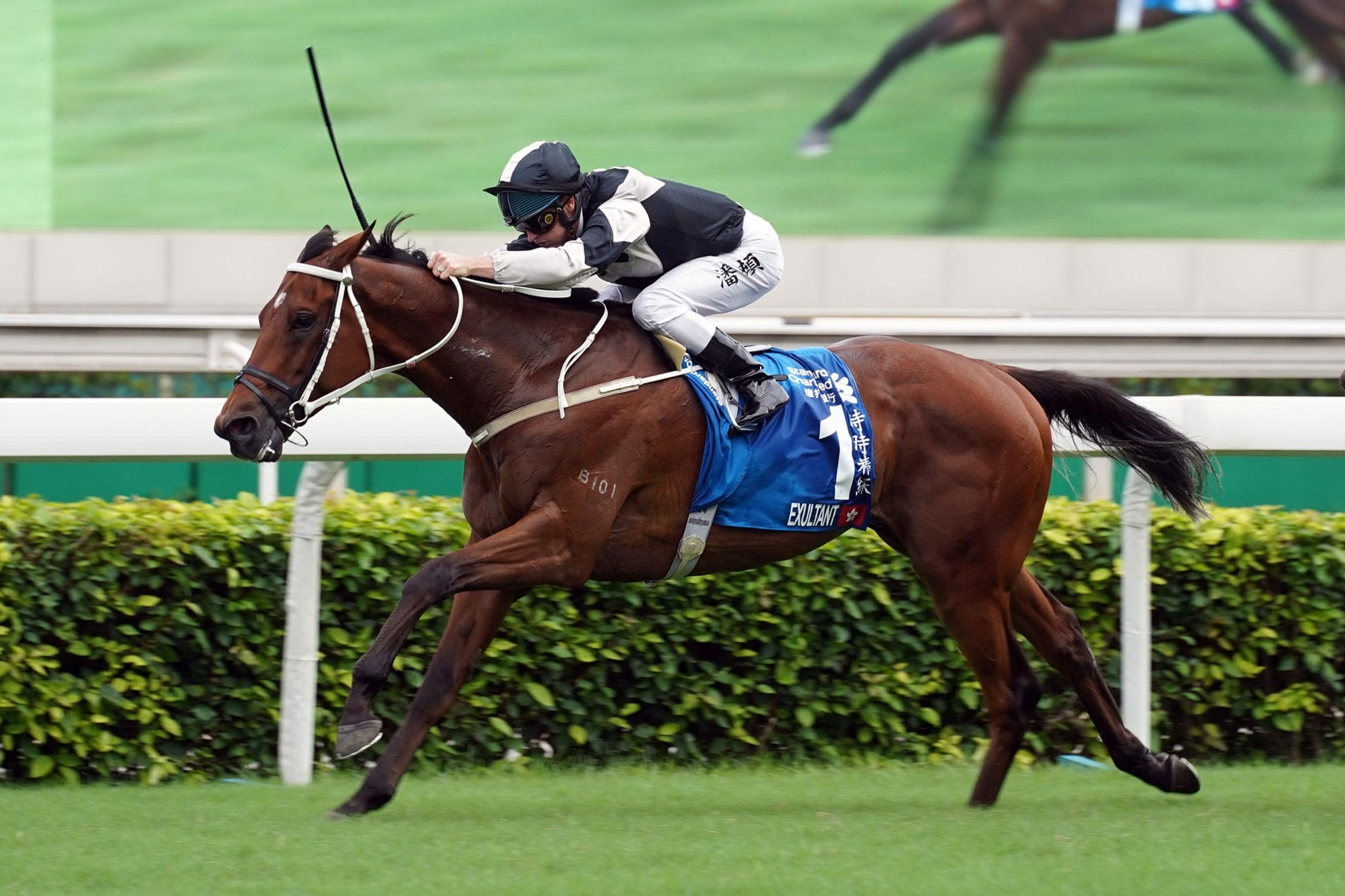 Triumphant in the past two editions of the Centenary Vase, Exultant’s hopes of a trio of consecutive successes in the race will rely partially on racing manners, according to reigning champion jockey Purton.

“I did notice at the back end of last season, he started to get aggressive in his races again and then this season he’s sort of carried that through and he’s becoming more and more aggressive all the time,” the Australian said.

“It could be a sign that he is tired, he is getting a little older and horses do that for a reason. He clearly hasn’t shown us his best form yet this season but he’s the type of horse who could turn it on anytime.”

A perennial benchmark in the Hong Kong staying ranks, Exultant has occupied the runners-up stall in three outings this season but will shoulder 133lbs under handicap conditions on Sunday.

“He’s probably not racing at the same level this season as he was last season, of course,” Purton said.

“But he’s getting older, as they all do, but he’s racing honest – he’s still giving everything he’s got.

“It’s a race where he’ll give himself a chance again and the other horses have to turn up on the day to beat him. He’s still going to run an honest race and if they don’t turn up, he could have his day again.”

Purton has great respect for Glorious Dragon, who is among nine rivals over the nine furlongs course.

“He trialled really well with Matthew Poon on him and his run at the Valley with me was very, very good. He gets in with a light weight (113lbs) and he has to be respected,” Purton said.

Trailing Joao Moreira 77-54 in the jockeys’ championship, Purton is sceptical he can again unleash a late-season charge to overhaul the Brazilian.

“It probably looks like it’s over at this stage,” Purton said.

“Joao has had all the support so far this season. He’s been riding for all the stables that have been on fire this season and he has been able to make the most of those opportunities.

“He’s got a nice gap and I’d prefer to be in his position.”

“Simply Spectacular feels pretty good to me, his trial up the straight was pretty nice,” Purton said.

“I would have liked him to have one more trial but Michael’s of the thought that injury could pop back up at any time.

“Whilst he’s got him near enough to be where he wants him to be, he’s good enough to go to the races.

“I think he’s in good enough form. He’ll certainly come on from it, but he’s in decent enough shape.”

“I was very happy with the way he hit the line the other day (when fourth behind Diamond Rhyme at Sha Tin on 1 January), suggesting he was going to be better suited up to 1600m this weekend,” the Melbourne Cup-winning rider said.

“He’s a lightly-raced, progressive horse and I think he sets up to run a good race on the weekend.

“He’s an improving horse and I think a win is just around the corner with him.”

New Zealand trainer Paul O’Sullivan has positive ambitions for Band Of Brothers, who runs in the Class 2 Tathong Channel Handicap (1400m) under Purton.

“We experimented going a bit shorter and he didn’t quite have the speed for it and the only time he’s won over a mile was in Class 3 and, he’s probably a bit too good for them in that grade,” O’Sullivan said.

“If he jumps away with them, he should be very competitive,” O’Sullivan said.