Purton gets his 1000 as Thanks Forever impresses again 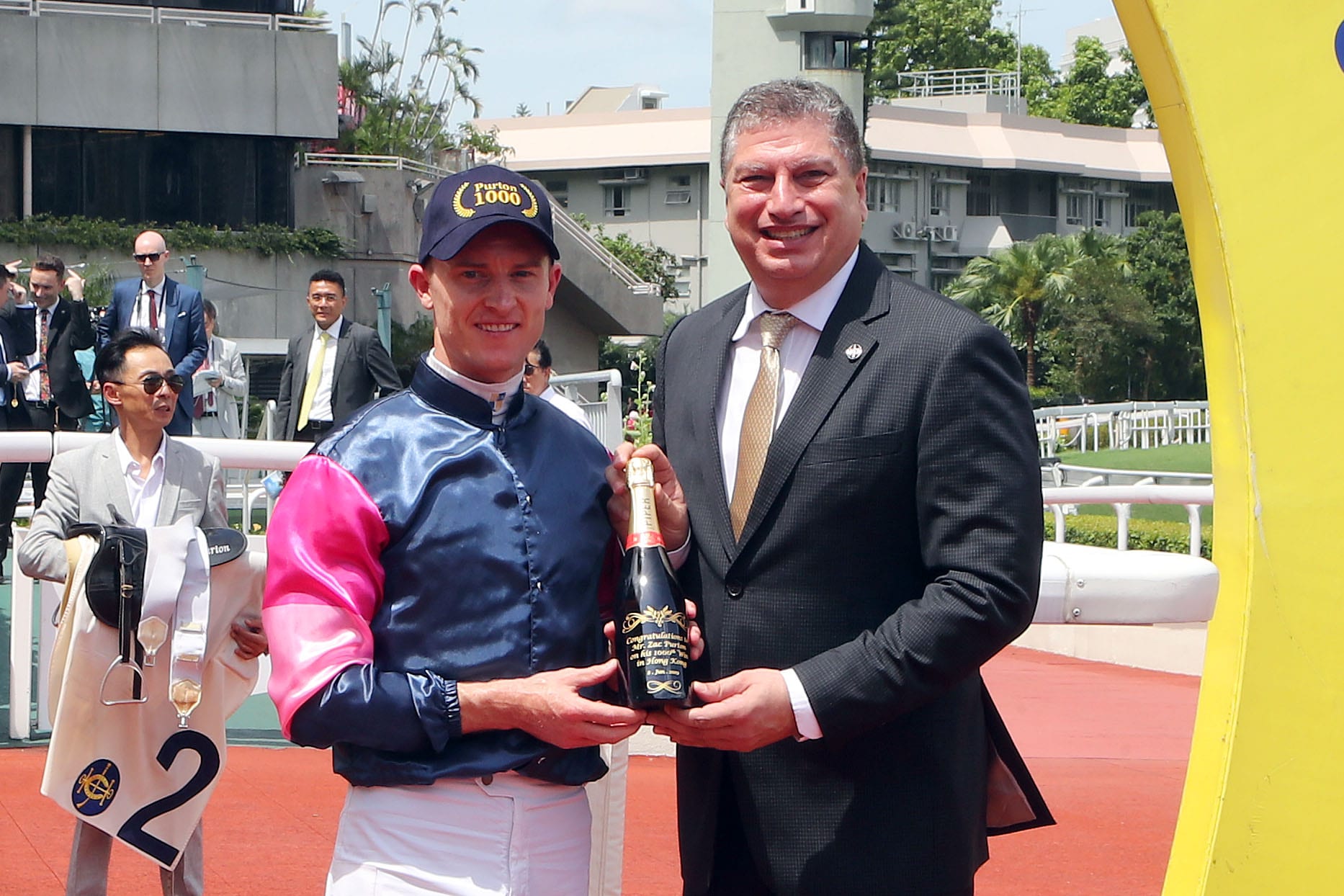 Zac Purton hit a big milestone at Sha Tin this afternoon, Saturday, 8 June. The champion jockey became only the second rider in Hong Kong history to reach the 1000 wins mark when Thanks Forever breezed to an easy success in the Class 3 dash.

“It’s nice, it’s a nice milestone,” Purton said with an understated coolness in contrast to both the heat of the sun-soaked day and the size of the achievement.

The victory took Purton’s tally for the season to 145; the 1000 comes just 10 weeks after he surpassed Tony Cruz’s 948 wins to move clear second on the all-time list. Douglas Whyte is supreme with a final 1,813 wins, achieved across 23 seasons.

It has taken the Australian 12 seasons to compile his ongoing haul. His first campaign, back in the 2007/08 season, yielded 29 wins; his second produced 43; since a maiden century in 2013/14, he has established his position as one of the world’s best, accelerating his win accrual through the past two campaigns with strike rates of 21% and almost 24%.

“A thousand winners is just amazing,” Thanks Forever’s trainer John Moore said. “Zac’s one of the world’s top jocks and to ride the 1000th winner on one of mine was a great thrill for both myself and the stable. Kick on, Zac!”

Purton no doubt will do just that, with Joao Moreira’s all-time single season record of 170 wins enlarging on the near horizon. The soon-to-be three-time Hong Kong champion has nine race meetings in which to secure the 24 wins he needs after ending today with 146 on the board.