Purton shoots for 1000 on Thanks Forever, plays down record bid 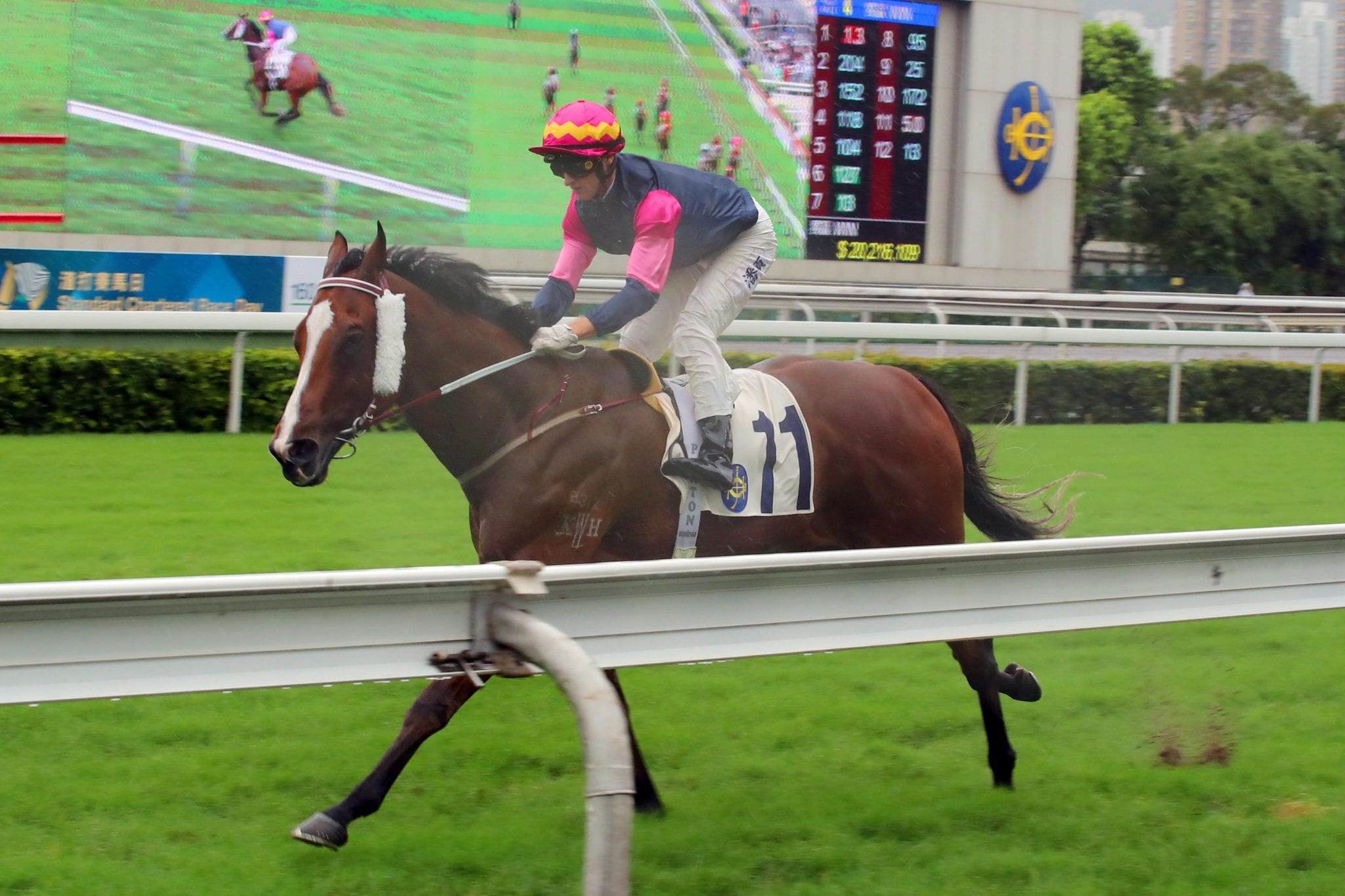 Zac Purton will attempt to bag his 1000th Hong Kong win at the first attempt at Sha Tin on Saturday (8 June) when he partners Thanks Forever in the Class 3 Tuen Mun Public Riding School Handicap (1000m).

“He’d be quite possibly the best young horse coming through. Don’t forget, he knuckled over when he jumped from the gate last start,” Purton said of the Duporth gelding.

Trainer John Moore believes his exciting charge is well-placed to deliver the big landmark for the champion jockey.

“If Zac could do it on him it would be great,” Moore said by phone from Australia, where he is attending the Magic Millions Gold Coast Sale.

Purton was in the plate when the three-year-old returned from almost a year on the sidelines to slam his rivals and take his career stats to two from two. That alone would imbue confidence against eight seemingly more limited opponents, but Moore found further reason to be upbeat following a turf gallop this morning (Thursday, 6 June).

“He worked the place down this morning – that was the comment from my riding boy – so I couldn’t be happier with him. On that work, I think he’ll be very hard to beat and then it’s onward up to Class 2!” Moore said.

Purton left Happy Valley on Wednesday night with 999 Hong Kong career wins to his name after Green Luck ran second in the nightcap. But while the champion was a little frustrated at that race result, he was pragmatic about ending the card one short of 1000.

“I went in needing five and thinking I couldn’t get there so I wasn’t disappointed,” he said. “You can’t have everything and the horse didn’t help himself, he didn’t really go through with it, which was no surprise really because he’s done the same sort of thing before. It would have been nice but it’s not like I’m not going to get there.”

Purton has pulled out a pair six-win hauls, as well as a double and Wednesday’s four-timer, at the last four race meetings. That places him 26 wins behind Joao Moreira’s all-time single season record of 170 wins. With 10 race meetings to top that mark before the season ends on 14 July, expectation is mounting around him.

“Everyone seems to be saying I’ll get there now but it’s not that easy,” he said. “Riding one winner a meeting in Hong Kong is hard enough and people are expecting two or more and that’s difficult. It’s still a tall mountain to climb.”

Despite his exceptional form, the Australian has only seven rides on Saturday’s 10-race card and will sit out the first two races before climbing aboard Thanks Forever in race three. He teams with Moore again in race eight, aboard Empire Star.

In the fourth contest, Purton is booked for trainer Michael Chang’s last-start victor Surewin, while he teams with the Chris So-trained Better Choice in the fifth and old ally Dennis Yip provides an opportunity in race six on Garlic Yeah; then comes the Frankie Lor-trained Super Missile – lightly-raced and a winner for Purton last term – in race seven, as well as Lor’s unbeaten Australian import – unraced in Hong Kong – Beauty Spark in the finale.