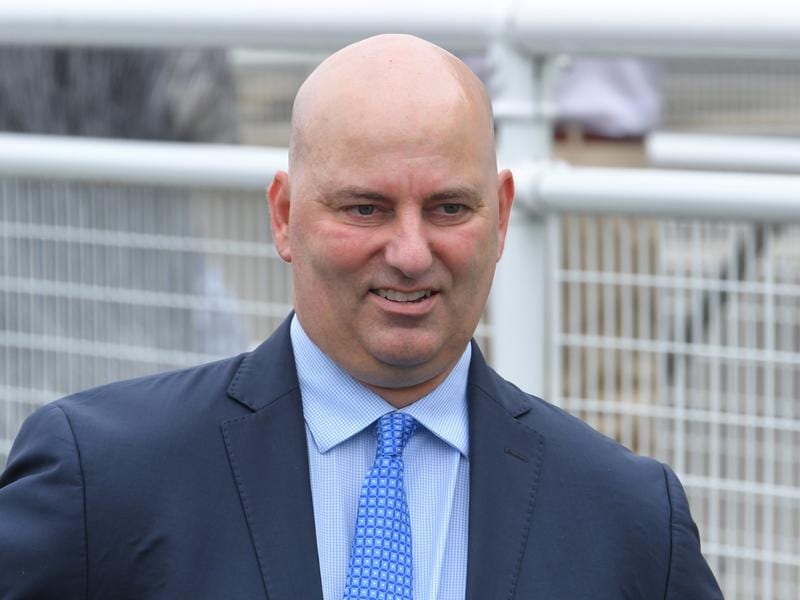 The Randwick Guineas did not go to plan for John Thompson and Purple Sector but the trainer is hopeful the colt can bounce back and produce a much better showing in the Rosehill Guineas.

Purple Sector is among the outsiders for Saturday’s Group One race for three-year-olds over 2000m at Rosehill but goes into the race having had excuses in the Randwick Guineas when he came in a long last.

“He just didn’t have any luck last start. He copped a bad check mid-race and it sort of put him out of the race. You just put a line through that run. He nearly got put through the fence.

“He had a little injury from that but it was very superficial. He just got galloped on on one of his front legs and took a bit of skin off, but it was nothing really.

Thompson believes the step up to 2000m will suit Purple Sector who has won one of his nine starts and been placed three times.

He was second in the Eskimo Prince Stakes first-up this campaign before running fourth, beaten almost five lengths by superstar colt The Autumn Sun in the Hobartville Stakes (1400m).

The Chris Waller-trained The Autumn Sun produced another memorable performance to win the Randwick Guineas, storming home from well back to grab Fundamentalist on the line to register his fourth Group One win.

While hopeful Purple Sector will run well in the Rosehill Guineas, Thompson knows The Autumn Sun will be extremely hard to beat.

The Autumn Sun was the $1.33 favourite on Friday.

The field also includes a number of New Zealand visitors.

“The Autumn Sun is a very impressive horse and he’ll be very hard to beat,” Thompson said.

“You would think he would only get better going to 2000 metres but anything can happen in a big field.

“He has probably been there to be beaten his first two starts back this preparation and he’s still managed to win. So he’s a winner.”