Pure Elation Back With A Win In Furious 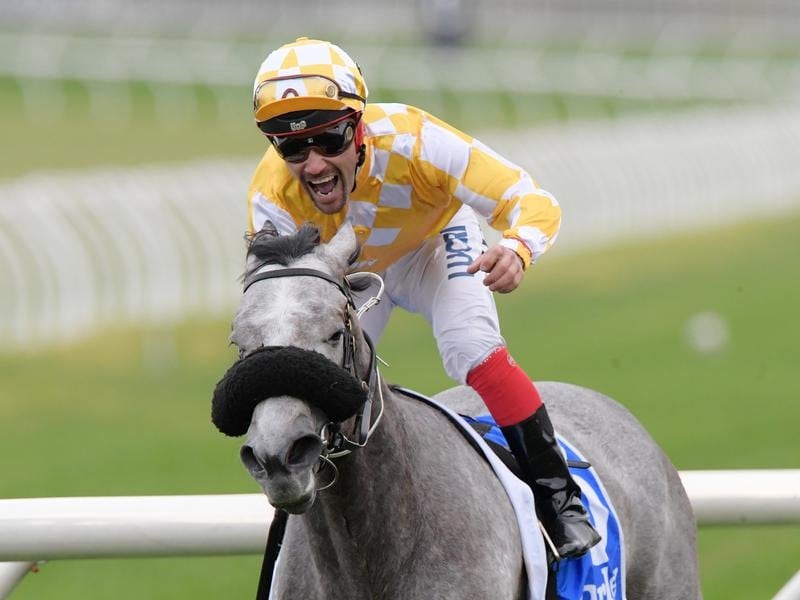 Trainer Peter Snowden has greeted the winning return of Pure Elation at Randwick with pure relief.

The filly showed a brilliant turn of foot to win Saturday’s Group Two Furious Stakes (1200m) at her first start since she suffered a bleeding attack shortly after her win in the Percy Sykes Stakes in the autumn, incurring a compulsory three-month ban.

“It does make you nervous,” Snowden said.

“Every time they gallop you wonder. It’s just a case of keeping her happy and healthy.

“Often it only happens once.”

Pure Elation beat Fiesta in the Group Two Percy Sykes and the result was the same in the Furious with a length separating the pair who were both at $5.50.

Oohood was the $4.80 favourite but still a maiden after finishing fourth, with Pretty In Pink ($8) edging her for third.

The Furious Stakes is the second leg of the four-race Princess Series with Fiesta winning the first two weeks ago.

Snowden said he was unsure whether Pure Elation could stretch out to the 1600m of the final leg, the Group One Flight Stakes on September 29 because of her brilliance.

He said the Tea Rose Stakes over 1400m in two weeks would tell him and his training partner, son Paul, more.

The win gave Melbourne-based jockey Michael Walker a winning Group Two double after his earlier victory on Comin’ Through in the Tramway Stakes.

“To be honest I nearly mucked it up,” Walker said.

“I just gave her a squeeze before the corner and I should have known then she goes from ‘nought to one hundred’ in a stride and she ran up behind them and I was like Oh my gawd!”

“I then went back to the inside and I knew she was always going to win.”

Miss Fabulass ($5.50), whose mother Samantha Miss made a clean sweep of the 2008 Princess Series, finished sixth after racing on the pace to the turn.