Purcell Doubling Up With Valley Runners 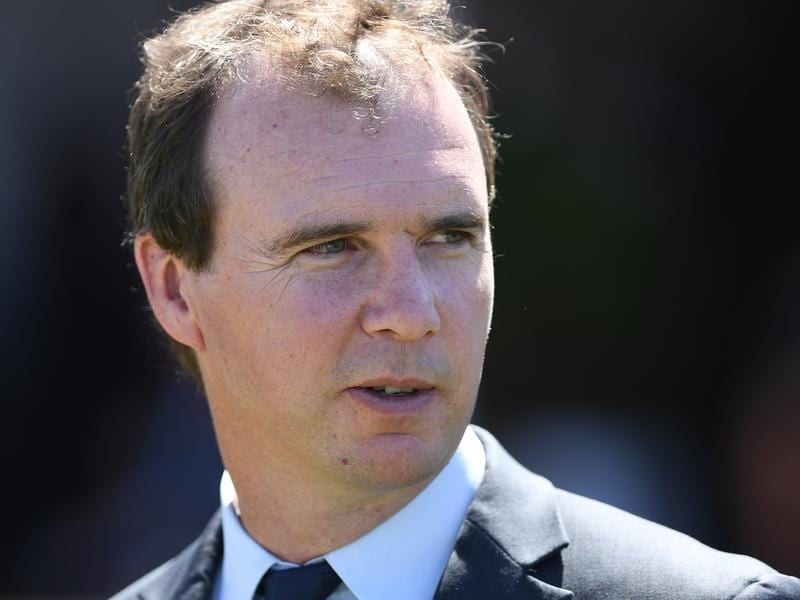 Trainer Aaron Purcell says he will be disappointed if he can’t win a flat race with new jumping prospect Double Bluff.

However Purcell doubts that will come as early as Saturday’s Events @ The Valley Handicap with the trainer believing the 2040m may be too short.

Purcell is eyeing a 2500m race at Flemington next month and if Double Bluff’s form warrants it, a third start in the Adelaide Cup at Morphettville in March.

Double Bluff ran second in the 2017 Adelaide Cup and fourth this year when trained by Robbie Laing.

The gelding has already shown Purcell he is an athletic jumper and the trainer is planning an assault on Warrnambool’s May carnival with the eight-year-old.

“I’d have very happy owners if I could win a maiden hurdle at Warrnambool,” Purcell said.

“(Sydney trainer) Gerald Ryan part-owns him and he rang me up and said he watches Warrnambool every year and hasn’t been for something like 20 years, but said if he could get a runner he’d come down and make a week of it.

“He’s keen for him to go jumping and I think the other owners are as well.

“I’ve jumped him a little bit and everything he’s done he’s shown that he’s very athletic and it’s easy for him.

“I’m looking forward to him as a jumper later in the season but I’d be disappointed if I can’t win a race with him on the flat beforehand.”

Purcell described Double Bluff as a strange little horse with a mind of his own but said on his work he would be competitive.

Scherzoso also runs in the same race for his eighth start for Purcell after starting out with Tony McEvoy.

The gelding finished second in the Dunkeld and Traralgon Cups before running fourth at Flemington over 1720m on December 15.

“He’s a horse I got that had a good record and his rating reflected that,” Purcell said.

“He’s been running well but finding a few better each time he goes around.

“He’s going to win one of these races soon, he just needs things to fall into place for him.”